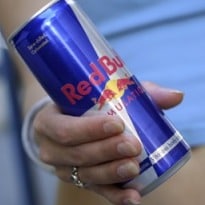 Energy drinks such as Red Bull and Lucozade cause major behavioural problems in children and should be banned from schools and possibly from sale to youngsters, says a government adviser.

John Vincent, co-founder of the Leon chain of restaurants who compiled the School Food Plan for the education secretary, Michael Gove, with his business partner, Henry Dimbleby, said children could become unteachable after several cans a day of the high-sugar, caffeinated drinks. "The short-term high is causing disruption to children's behaviour," said Vincent. If a ban were needed, he said, that is what they would support. "Our objective is to stop children drinking them," he added. "We're agnostic about the means."

The British Soft Drinks Association said: "High-caffeine energy drinks are not recommended in the UK for consumption by children." But Vincent claimed nothing was being done to prevent children buying them and said they were clearly the targets of marketing campaigns, which feature sports they admire.

A 500ml can of Red Bull contains about 13 teaspoons of sugar and the equivalent caffeine of two cups of coffee. Children get a brief high followed by a low.

Teachers have told Vincent that pupils' behaviour suffers and they are unable to learn. Some heads have already banned them.

Brian Lightman, general secretary of the Association of School and College Leaders, said many headteachers were very concerned. "Some secondary school-age children come into school having not had a proper breakfast and having started the day with one of these energy drinks. They are very hyperactive, they can't sit still and they can't concentrate. That can lead to disciplinary problems in the classroom. At the end of the day [when the effects have worn off] they are very fractious, very tired and unable to concentrate for that reason."

Some headteachers have banned the drinks from school, but children drink them before they arrive or sneak them in. There is a lack of awareness on their part and their parents of the effects.

Vincent and colleagues want to limit their sale. "As part of the School Food Plan, we are trying to bring manufacturers and headteachers and shops together to solve the problem," he said. "If that doesn't work, we can maybe investigate legal options."Lightman added: "The government needs to consider what action could be taken. Sometimes outright bans can have the opposite effect but it should be made extremely difficult for young people to have access to these drinks."

Photo: A 500ml can of Red Bull contains about 13 teaspoons of sugar and as much caffeine as two cups of coffee. Photograph: David Sillitoe for the Guardian