Kartik Aaryan, since his first movie has worked hard to get a fit body, but there is his foodie side that you sure cannot miss. 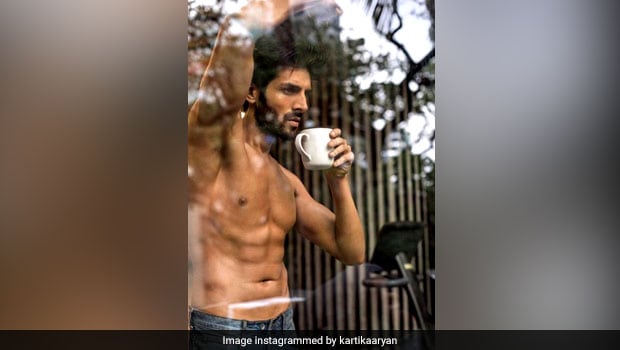 Promoted
Listen to the latest songs, only on JioSaavn.com
Sonu Ke Titu Ki Sweety's Sonu Kartik Aaryan has made his way in to the Bollywood industry and how. He earned many accolades in his debut venture Pyaar Ka Punchnama's infamous speech about relationships and hasn't looked back since then. Sonu Ke Titu Ki Sweety is his sixth film based on two childhood friends Sonu and Titu. One of the friends falls in love with a 'perfect' girl Sweety and the other friend wants to save him from falling in this so-called romance. This sweet-messy triangle has earned acclamation.

Kartik Aaryan, since his first movie has worked hard to get a fit body, but there is his foodie side that you sure cannot miss. In one of his interviews, he mentioned that he is a vegetarian by choice and feel it's a better and healthy choice to make. He loves to munch on greens and salads, but also ensures enjoying junk now and then. Let us look at his foodie side.

His Mother's Day gift for his mother was super 'sweet' and how. The range of desserts makes us drool.

His mini cup of tea from London looks super cute.

This question that Kartik Aaryan has asked is basically all of us! "Should I have dessert after lunch?"

Like his cuteness quotient wasn't enough, his cooking skills are right on point.

Kartik Aaryan not only indulges in good food, but ensures keeping fit by working out daily.

This picture of his is definitely giving us fitness goals and it does make a difference!

You sure cannot miss this one:

Kartik Aaryan has definitely made a mark in the Bollywood industry and he is here to stay! We wish Kartik Aaryan all the success for his upcoming ventures.