Tackling Childhood Obesity on WHO's Agenda 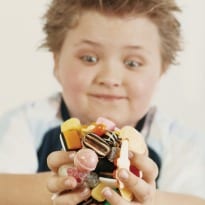 The rapid global increase in childhood obesity has got The World Health Organization worrying. WHO's Director-General Margaret Chan, Xinhua expressed her deep concern over the same at the 67th World Health Assembly held in Geneva.  In her opening address to the assembly, Chan spoke about her dissatisfaction over the worldwide increase of childhood obesity, with the numbers climbing fast in developing countries.

"As the 2014 World Health Statistics report bluntly states, our children are getting fatter,"she said. Childhood obesity is a growing problem, one with high costs, she added.

With over 3,000 delegates from 194 member states,  the WHO annual assembly seemed committed to discuss the key global health issues, such as the post-2015 health development agenda and progress towards the UN Millennium Development Goals.

Listen to the latest songs, only on JioSaavn.com
When asked about the immediate measures that are being taken to tackle this emerging crisis, the UN  health body chief responded with her achievement in having established a high-level commission which would produce a consensus report underlining the suitability of different measures and approaches for different contexts around the world. Childhood obesity is a serious medical condition where kids weigh above the normal weight for their age. This paves way for diseases like diabetes, high blood pressure, cholesterol and various other ailments that are actually related to adulthood. Food and diet play a crucial role in curbing or perpetrating obesity. Increased consumption of fast food, sugar laden fizzy drinks and lack of physical activity due to the changing urban lifestyle are the major causes of childhood obesity. According to WHO, in 2010 the number of overweight children under the age of five, was estimated to be over 42 million.