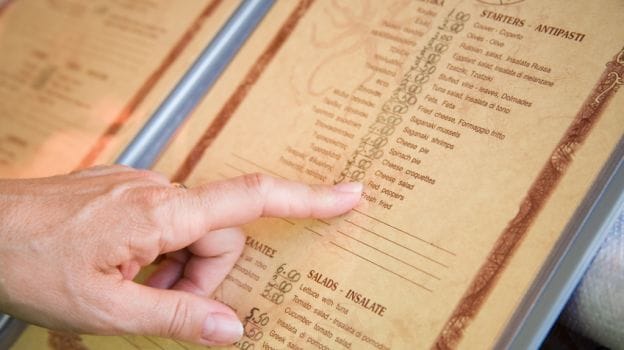 According to a new study, indicating the calorie information with an image of a green, yellow, or red traffic light, can be an effective a way to reduce calorie intake, as good as stating the number of calories that each item on the menu contains.

"We find that either numbers or traffic lights have the same beneficial effect when it comes to taking in fewer calories," said one of the study authors, Eric VanEpps from Carnegie Mellon University in Pittsburgh, US.  To encourage consumers to lower their caloric intake, the US Food and Drug Administration now requires most chain restaurants to state the number of calories against each item on menu.

Although providing calorie information in the form of numbers may seem like the best option, policy makers should consider that not all consumers are good at interpreting numbers. "For those consumers, traffic light labels can communicate basic 'eat this, not that' information regardless of their understanding of the underlying nutrients or ability to use numeric information," the authors said.

To determine the effectiveness of numbers and traffic lights, the authors conducted a field experiment in which employees at a large health-care company, were asked to place lunch orders through an online platform designed especially for the study. A control group was given no calorie information. In the experimental group, employees were given either the number of calories, a traffic light indicating the approximate number of calories (a green light, for instance, meant the fewest calories), or both.

CommentsProviding calorie information, either through numbers or icons such as traffic lights, encourages diners to take in fewer calories, the findings showed. The study appeared in the Journal of Public Policy & Marketing.