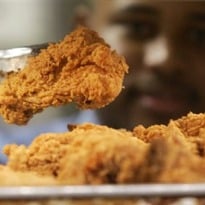 News that the Food and Drug Administration will phase out artificial trans fats from foodstuffs nationwide is another win for a public health strategy pioneered by New York Mayor Michael Bloomberg.

Promoted
Listen to the latest songs, only on JioSaavn.com
The fats were everywhere when Bloomberg got them banned from restaurant food in his city in 2006. Back then, if you bought a doughnut or a bucket of fried chicken, chances are it was loaded with the artery-clogging stuff.

But that began to change in the months after city health officials decreed that trans fats were too dangerous for public consumption. Fast food giants swapped cooking oils. Bakeries found alternative types of shortening. Even Crisco got a new formula.