What Life Would Actually be Like Without any Processed Food 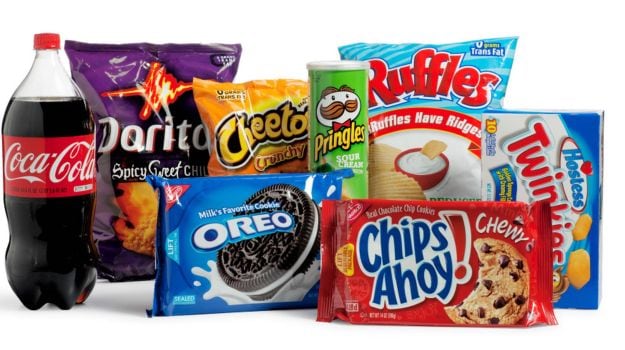 There's an alternate reality some like to imagine, a world without processed food in which everyone would be healthier and happier. Only they don't imagine it well. Or rather, they don't picture it in its purest form.

The term is thrown at the likes of McDonald's, Burger King, and TV dinners, but it means so much more than that. To understand what life would be like without any processed food, you would have to go back more than 3 million years, not merely a few decades. And you have to understand the effect of the very first form of food processing: cutting.

This might sound ridiculous, but bear with me, because it's the most primitive form of food processing (cooking, which substantially alters the composition of food, is a significant form of processing, too) and it has changed our lives in ways few people, if any, appreciate.

"If we were to go back to the very beginning of this process that has gone to an extreme today, I think it would surprise many people,"aid Daniel Lieberman, a professor of biological sciences at Harvard University. 'We used to spend a disproportionate amount of our days chewing.' 'You can go for an entire day without chewing today, and that's really bizarre from a historical standpoint," he added.

Lieberman pointed to the eating habits of chimpanzees, who spend about half their day chewing, for perspective. That might sound ridiculous, but it's not as far off from how we used to eat than one might think. Our teeth, he said, just aren't capable of breaking certain foods down efficiently without any form of extra-oral food processing (a fancy term for any and all changes food undergoes before it enters our mouths).The clearest example is our capacity to break down meat, which Lieberman, along with Katherine Zink, who teaches at the department of human evolutionary biology at Harvard, tested as part of a new study. The researchers had a group of participants chew samples of both meat (goat, in this case) and vegetables (jewel yams, carrots and beets) in various states of processing - roasted, pounded, sliced and unprocessed (i.e. untouched). And what stood out is how poorly we're able to break down raw meat, even though people have been carnivores for more than 2.5 million years. That is, until they sliced it into smaller bits.

"If I were to give you a piece of goat that's raw, it would be like chewing bubble gum," Lieberman said. "You can't break it down."

But something as simple as cutting it into smaller bits, the first of what has become an endless list of ways in which we change edible things before ingesting them, makes an enormous difference. The process didn't exist until the development of stone tools, but marked the beginning of a long and winding road toward where we are today, when chewing our food is more an afterthought than a several hours affair.

The other thing Lieberman measured was the force or energy participants exerted per chew, and it only compounded the results. When Lieberman took this into account, the effect of slicing or cooking meat was even more pronounced. In all, the two reduced the number of chews per calorie by nearly three and two, respectively. And it adds up.

"The results speak for themselves," he said. "It's astonishing what something as simple as cutting meat does, how effective it is." People might balk at primitive tools, or primitive processes, such as slicing food into smaller parts, but these mundane forms of processing food have actually had sizable effects on our lives.

There are obvious consequences of all the time we don't have to spend chewing today, such as how it has allowed us to reallocate that time to everything else we do throughout the day. But there are less obvious things, too, and not all of them are positive. In particular, two negative outcomes stand out. And in some ways they give credence to broader worries about what processed food has done to our bodies.

The first, interestingly enough, is that it has resulted in more dental problems. When we chew, we generate forces that act on our jaws, and the bones in our jaws grow in response. Less chewing means less developed jaws.

"There's pretty good evidence showing that people who chew less and chew less hard grow smaller jaws," Lieberman said. "The problem is they tend to have the same size teeth, and that creates all sorts of problems, like crowding and impacted wisdom teeth, which used to be incredibly rare."

The second, and considerably more problematic consequence, is that even the earliest form of food processing has probably contributed to obesity. When you process food, whether by cooking it or simply cutting it into smaller pieces, you tend to get more energy out of it relative to the energy expended processing and digesting it. So we now get more calories from the same amount of food than we used to, even though it's no more satiating. Surely, Lieberman said, that helps explain why we're eating so many more calories than we used to.

"If you eat a mass of corn, and you eat the same amount of corn but ground into flour, you get more calories from the corn flour than the whole kernel," he said. "We have taken this way too far, processing food to a point where the processing itself is probably confusing our bodies."

In some ways, all of this gives credence to the raw food movement, which argues for the healthfulness of eating unprocessed and uncooked vegetables. While slicing vegetables didn't have as much of an impact as slicing meat, cooking vegetables did. Uncooked veggies might take longer to chew, and require more energy to digest, but it's this very quality that probably makes us more mindful about how much of them we eat.

Of course, there is a tipping point. A world without any extra-oral processing would mean a world in which we spend way too much time with bits of food in our mouths. It would probably also mean a food world without much variety.

"Food is an intensely aesthetic experience today - when we process food, we also perceive it and enjoy it in different ways," Lieberman said. "The earliest forms of food processing allowed for the beginning of cuisines, which is something we take for granted."

Listen to the latest songs, only on JioSaavn.com
(C) 2016, The Washington Post.