While You Were Sleeping: The World Got its First Ever 'Hand Salad' 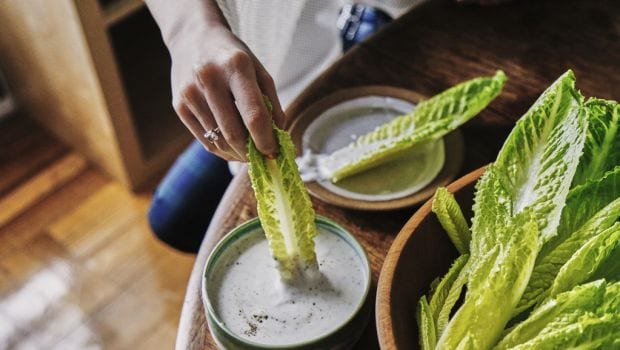 Highlights
The latest to join hands with the world of viral content is Bon Appétit's creative take on romaine lettuce and yogurt dip! Twitter was sparked with reactions when the food-mag tweeted a pic of lettuce dunked in dip and captioned it as "Hand Salad". "Because lettuce and dip just doesn't sound like nearly as much fun," the magazine said later.

The recipe was a part of their feature on how to quickly work up a dinner party menu in under $40. Calling yogurt dip sitting beside romaine leaves as salad put off food critics, while many were tickled in their funny bone by the unusual name of the 'dish'.

It's called a "hand salad" but let's not focus on that https://t.co/fRTxgR79cYpic.twitter.com/XWY0mbAqF4

Here's a round up of some of the most hilarious and out-of-the-world tweet responses to the whole episode!

me eating hand bread
but lets not focus on that @bonappetitpic.twitter.com/EESl55R8s9

.@bonappetit just whipped up a quick bowl of cereal pic.twitter.com/0U3UGe5ThL

@bonappetit "How Millennials are ruining salads"

@bonappetit is this right? pic.twitter.com/7FhtoBdLO4

@katlionesss@bonappetit
Thought process behind it:
*pulls out lettuce to make salad*
"Eh, I guess I'll just dip it in sauce."

While there were many others who found the 'hand salad' concept rather quirky!

@bonappetit this is cute! you could even stuff and roll them with other ingredients

@jeevenz115@bonappetit literally I've done that before glad someone else has also thought of it!

In the meanwhile, the international food magazine has not let down their defiance stance. The original article was updated with the following additions:

The website's homepage rather looked happy celebrating the 'Hand Salad' in all its glory!