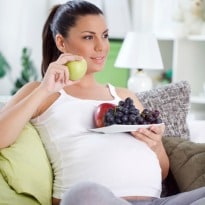 We've known about the nutrient-richness of milk for long, especially as a primary source of nutrition for infants. It is a valuable source of calcium, vitamin D and protein.  In fact, USDA recommends pregnant women to consume at least three cups of milk or other dairy products every day. Previous studies have linked consumption of milk during pregnancy to taller, healthier children with better IQ. But, this latest study conducted at the University of Auckland reveals something rather surprising.

According to researchers in New Zealand, pregnant women who drink a lot of milk put their babies at risk of having an iron deficiency during an important phase of development. The study was published in the issue of Medical Journal.

Iron is essential for healthy brain development. A deficiency of iron in infants, especially when the brain is developing rapidly may affect its functions, behaviour and learning capabilities. "While milk is an important source of calcium, it is a poor source of iron. Milk is also quite filling and so can reduce the appetite for other foods that are better sources of iron," says paediatrician Cameron Grant at Starship Children's Hospital.

For the study, researchers examined the umbilical cord blood samples taken from 131 children. It was found that 7 percent of New Zealand newborns were iron deficient and which shows that iron stores were lower in babies whose mothers consumed higher quantities of milk during pregnancy.

"Pregnant women with iron deficiency are more likely to go into premature labour or deliver a baby with low birth weight. They are also more likely to be iron deficient while they are breastfeeding. " Grant added.Iron deficiency has become a common micronutrient deficiency worldwide, with pregnant women and children under five years of age being the most vulnerable. Researchers do not suggest that women should stop consuming milk but limit its intake and cosume more iron-rich foods along with Vitamin C that helps in the absorption of iron. Grant recommends that pregnant women who drink a lot of milk should also take iron supplements to prevent any deficiency that could affect the child's early development.

"An alternative would be to increase the nutrient content of milk consumed by mothers-to-be to keep both the mother and child healthy," he said.