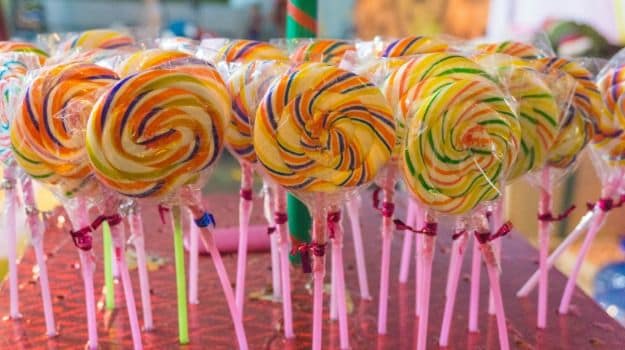 American kids consume an insane amount of sugar - often double or triple the federal recommended dietary guidelines - and these empty calories are often blamed for everything from obesity to hyperactivity in the schools. What happens when we take it away?

Researchers at the University of California-San Francisco and Touro University decided to find out by recruiting 43 volunteers, ages 9 to 18, and putting them on low-sugar diets and measuring all kinds of things about how their bodies changed as a result. All of the study participants - 27 of whom identified as Latino and 16 as African-American - were obese and had at least one other metabolic health issue, such as high blood pressure or a marker of fatty liver.

The children (or their parents) filled out a food questionnaire and were interviewed by a dietitian to come up with a baseline diet. The scientists then designed a new diet that included a similar amount of protein, fat and carbohydrates as their normal diet but cut out 10 percent to 28 percent of the sugar and replaced it with starch calorie-for-calorie.

The transformation in the kids was almost immediate.

"All of the surrogate measures of metabolic health got better, just by substituting starch for sugar in their processed food - all without changing calories or weight or exercise," study author Robert Lustig, a pediatric endocrinologist at UCSF Benioff Children's Hospital San Francisco, said in a statement.

After 10 days, the researchers saw a reduction in diastolic blood pressure, triglycerides and LDL, or "bad" cholesterol. Glucose tolerance and the amount of excess insulin circulating in the blood improved.

Even though they were still eating roughly the same amount of calories, the participants lost weight - an average of nearly two pounds in that short period of time. Several of the children lost so much weight so quickly that the researchers had to increase the number of calories they were feeding them.

Previous epidemiological studies had linked sugar consumption with metabolic syndrome, but it had been impossible to prove causation from that research. While this study, published in the journal Obesity on Monday, also does not prove causation, it provides a revealing look at the details of what changes in the body and what appears to remain stable with less sugar.

The average participant's blood pressure went down by 5 mmHg. The researchers noted that this would "normally trigger a compensatory increase in [heart rate to maintain cardiac output], but it did not." They also found that uric acid, which is created with the breakdown of certain foods like anchovies, increased unexpectedly, and they weren't able to explain why this happened.

One of the key questions the researchers were interested in answering was whether restricting dietary sugars in children with metabolic syndrome would lead to the metabolic dysfunction resolving. The study seems to have answered yes to a certain extent.

While the study is very preliminary because of its small size, it has important implications for how we think about the ills of sugars. The researchers argue that instead of thinking about sugar as empty calories that cause weight gain they should be seen as having a more threatening effect on the body's whole metabolic system.

The study "demonstrates that a calorie is not a calorie," Lustig explained.

"Where those calories come from determines where in the body they go. Sugar calories are the worst, because they turn to fat in the liver, driving insulin resistance, and driving risk for diabetes, heart and liver disease," he added. "This has enormous implications for the food industry, chronic disease and health care costs."

The researchers noted that further study is needed to figure out whether these short-term gains in health with low-sugar diets will hold out in the longer term.

Promoted
Listen to the latest songs, only on JioSaavn.com
Calling the study "flawed," the Sugar Industry Association said that the fact that so many of the participants lost weight during the study "makes it impossible to separate the effects of weight loss from dietary changes on the health variables measured." The group, which represents major sugar companies, such as Domino Sugar and C&H Sugar, also questioned the study's short duration and the fact that the baseline diet data was self-reported which can make it unreliable.

In addition, the industry group said the lack of information that the authors provided about what the children actually ate "raises serious concerns about the legitimacy of the study's hypothesis."