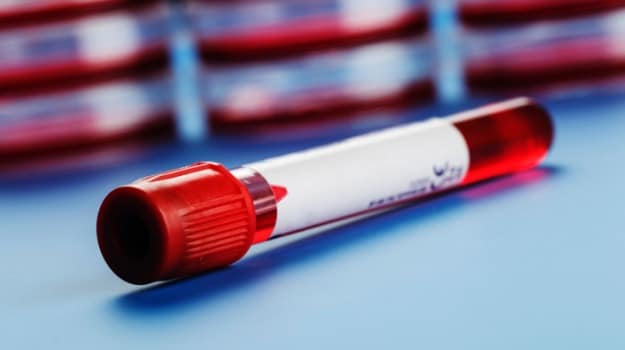 Researchers in the US, led by an India-born physician scientist, have said they have developed a new blood test that has the potential to detect cancers in their earliest stages.

In a proof-of-principle study, researchers from Stanford University, with Sanjiv Gambhir as the lead author, administered a drug called DNA minicircles to mice and found mice with tumours produced a substance that tumour-free mice did not make and was easily detected 48 hours later in the blood.

The technique "represents an alternative paradigm for improved cancer detection", said the paper published in the US journal Proceedings of the National Academy of Sciences Monday.

"If proven safe and effective, (it) eventually may have potential as a powerful cancer-screening tool for the general population," Xinhua news agency quoted the paper as stating.

The hunt for cancer "biomarkers" in the blood, or substances that indicate a probable tumour, is nothing new, but various tumour types naturally secrete characteristic substances with each requiring its own separate test, said Gambhir, chair of radiology and director of the Canary Center at Stanford for Cancer Early Detection.

Complicating matters, these substances are also quite often made in healthy tissues, so a positive test result did not absolutely mean a person actually has cancer. In addition, a tumour, especially a small one, simply may not secrete enough of the trademark substance to be detectable.

Gambhir's team found a way to force any of numerous tumour types to produce a biomarker whose presence in the blood of mice unambiguously signifies cancer, because none of the rodents' tissues would normally be making it.

"This biomarker is a protein called secreted embryonic alkaline phosphatase (SEAP)," they said in a statement. "SEAP is naturally produced in human embryos as they form and develop, but it's not present in adults."

They engineered the DNA minicircle so that it can be activated by a particular promoter, a short DNA sequence that only works in cancer cells. When activated, a reporter gene on the minicircle will produce the protein called SEAP, which can be detected in the bloodstream.

Then the researchers injected the minicircles intravenously into mice bearing human melanoma metastases and tumor-free mice and measured SEAP levels in the animals' blood one, three, seven, 11 and 14 days later.

Within 48 hours, SEAP was present in the blood of mice with tumours, but not in that of the tumour-free animals. That signal began declining in strength as early as 72 hours post-injection, fading to insignificance within the next two weeks or so.

"Its maximum strength varied with the total tumour volume in a mouse's lungs, suggesting that the test may be sensitive not only to the presence of cancer but also to its extent," they said.

Although the minicircles were injected intravenously to the mice in this study, it should eventually prove possible to deliver them orally via a pill, Gambhir, born in Ambala, India, and a recipient of numerous awards and honours, said.

Comments "We haven't got it down to a pill yet, but the oral delivery part of this is likely a solvable problem -- only a few years off, not five or 10 years off," he said, noting it would take much more time than that to prove that the approach is safe to use in humans.