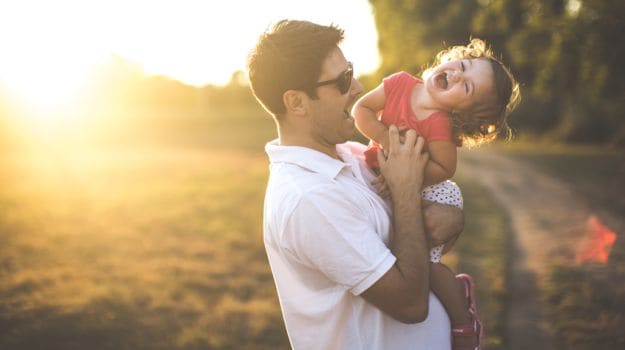 Fathers play a surprisingly large role in their child's development -- from language and cognitive growth in toddlerhood to social skills in fifth grade, a new study has found.

The findings published in two academic journals Early Childhood Research Quarterly and Infant and Child Development, provided evidences of the father's importance to a child's outcomes and reinforces the idea that early childhood programmes should focus on the whole family, including mother and father alike.

The study found that fathers' parenting-related stress had a harmful effect on their child's cognitive and language development when the children were two-to-three years old even when the mothers' influences were taken into account. Fathers' influence also had a larger effect on boys' language than girls' language. Parental stress and mental health issues affect how parents interact with their children and subsequently, childhood development, revealed the study. "There's this whole idea that grew out of past research that dads really don't have direct effects on their kids. But here we show that fathers really do have a direct effect on kids, both in the short term and long term," said Claire Vallotton, Associate Professor, Michigan State University.

Using data from about 730 families the researchers studied the effects of parents' stress and mental health problems such as depression on their children.

Fathers' mental health had a long-term impact, leading to differences in child's social skills (such as self-control and cooperation) when the children reached fifth grade. In fact, fathers' depression symptoms when children were toddlers were more influential on child's later social skills than were mothers' symptoms, suggested the research.