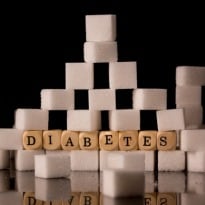 The Food and Drug Administration has approved a new injectable diabetes drug from Eli Lilly and Co. for adults with the most common form of the disease.

The agency cleared the drug, Trulicity, as a weekly injection to improve blood sugar control in patients with type 2 diabetes, which affects more than 26 million Americans. The drug is part of a new class of medicines called GLP-1 agonists, which spur the pancreas to create extra insulin after meals.

Type 2 diabetes accounts for 90 percent of U.S. cases of the disease and occurs when the body doesn't properly produce or use the hormone insulin. Drugs to treat the disease represent a large slice of Lilly's product portfolio, which includes the insulins Humalog and Humulin.

Indianapolis-based Lilly is counting on new drugs like Trulicity to replace falling revenue from blockbusters like the antidepressant Cymbalta, which is facing cheaper generic competition after the expiration of its patent.

The FDA approved Trulicity based on six studies in 3,342 patients that showed improvements in blood sugar control. The drug was studied as a stand-alone therapy and in combination with other commonly used diabetes drugs, such as metformin.

Promoted
Listen to the latest songs, only on JioSaavn.com
The drug will bear a boxed warning -- the most serious type -- highlighting that rats tested with Trulicity had cases of thyroid cancer, though it's unclear whether they were caused by the drug.Lilly will be required to conduct follow-up studies on cases of thyroid cancer, heart problems and other potential safety issues with the drug. The FDA is also requiring Lilly to educate doctors about the drug's various risks.