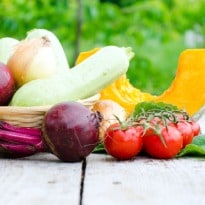 Researchers in the United States say their studies suggest that greater consumption of fruits and vegetables may reduce the risk of developing invasive bladder cancer in women.

Researchers at the University of Hawaii described in the Journal of Nutrition that they analyzed data collected from 185,885 older adults over a period of 12.5 years, Xinhua reported.

Overall, 152 women and 429 men were diagnosed with invasive bladder cancer.

After adjusting for variables related to cancer risk, such as age, the researchers found that women who consumed the most fruits and vegetables had the lowest bladder risk.

The study also suggested that women with the highest intake of vitamins A, C and E had the lowest risk of bladder cancer.

Promoted
Listen to the latest songs, only on JioSaavn.com
There are, however, no associations between fruit and vegetable intake and invasive bladder cancer in men, the study found.

"Our study supports the fruit and vegetable recommendation for cancer prevention," researcher Song-Yi Park at the University of Hawaii Cancer Center said in a statement.

Comments "However, further investigation is needed to understand and explain why the reduced cancer risk with higher consumption of fruits and vegetables was confined to only women," Park said.