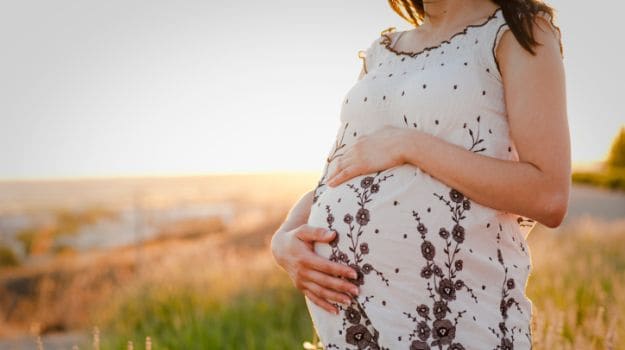 Women who smoke while pregnant may harm their babies by chemically altering the DNA of the developing fetus, a major study including more than 6,000 women and children found on Thursday. Doctors have long warned women to avoid cigarettes while pregnant because smoking can lead to stillbirth, or babies born with cleft palate, lung disease, or neurobehavioral problems.

Despite these warnings, as many as 12 percent of pregnant women in the United States continue to smoke, exposing their fetuses to chemicals in cigarette smoke that pass through the barrier of the mother's placenta. Experts have not known much about how these changes to DNA take root in the fetus, so they performed a meta-analysis of 13 prior, smaller studies, some of which had suggested links between smoking and chemical modifications to DNA, also known as methylation.

Among the sustained smokers, researchers identified "6,073 places where the DNA was chemically modified differently" than in the newborns of non-smoking moms.

"About half of these locations could be tied to a specific gene," said the study, published in the American Journal of Human Genetics.

"Many signals tied into developmental pathways," said co-author Bonnie Joubert, an epidemiologist at the National Institute of Environmental Health Sciences (NIEHS), noting that changes were seen in genes relating to lung and nervous system development, smoking-related cancers, and birth defects such as cleft lip and cleft palate.

The DNA changes were documented in samples of umbilical cord blood drawn after birth. Such changes were less apparent in mothers who smoked less frequently during pregnancy. A separate analysis found that some DNA modifications remained apparent in a group of hundreds of older children -- those with an average age of six -- whose mothers had smoked while pregnant.

According to Christopher Gregg, an assistant professor of neurobiology and anatomy and human genetics at the University of Utah, the study's size helps "to more effectively rule out potentially confounding factors, such as maternal age and socioeconomic status."

Gregg, who was not involved with the study, described it as having "high impact."

"It is well established that pregnant women should not smoke, but these new results reveal that smoking during pregnancy leaves a lasting mark on the genome that persists into childhood, and identifies the sites and genes in the genome that are especially susceptible to these effects," he said.

"Could smoking-associated epigenetic changes be impacting gene expression, potentially explaining some clinical outcomes such as reduced birth weight?" asked Cowley, who was not involved in the research.

"Whether these effects actually contribute to increased disease risk cannot be determined from this study, but this demonstration that smoking-associated epigenetic changes have functional relevance is important," he added.

"Future work will be required to demonstrate causative links between smoking-associated epigenetic changes and offspring disease, but this study provides a reliable foundation on which to build."