Should I Cut Out Sugar? 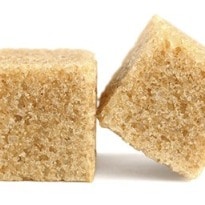 Research has found that sugar is addictive and linked to many health complaints, but is it really so bad for us?

According to two recent research papers, sugar is toxic enough to kill mice and is the drug of choice for laboratory rats, who prefer it to cocaine. Now it has been called "the most dangerous drug of this time" by Paul van der Velpent, head of Amsterdam's health service. Velpent called for government restrictions on sugar in food and a ban on soft drinks in schools.

So are Mars bars the new cigarettes? An anti-sugar movement is emerging. Endocrinologist Dr Robert Lustig's lecture, Sugar: The Bitter Truth, has picked up four million views on YouTube. The latest National Diet and Nutrition survey shows all age groups exceeded the recommended 11% of energy coming from sugars added to foods. For children aged between 11 and 18 the mean intake was 15.3%. Since the survey is self-reported it is likely that most people underestimate their intake.

Why are we eating more? We like sugar and manufacturers have made some foods sweeter. An analysis found that Hovis wholemeal bread had doubled in sugar content between 1978 and 2013. A meta-analysis paper (that combines the results of studies) published this year found that increased intake of sugar led to weight gain. It also showed that children who had one sugary drink a day were 55% more likely to be overweight than those who did not. An accompanying editorial argued that sugar interferes with metabolic processes that protect against diabetes and heart attacks.

Another study found that replacing 5% of calories from saturated fat with calories from sugars or other high-glycaemic-index carbohydrates increased the rate of heart attacks by 33%.

A Princeton University Review study found that rats experienced changes to the dopamine and opioid receptors in their brains after being flooded with sugar. This made them sugar-dependent. The authors queried whether adults could also develop a dependency.

Whatever the conculsion, it is worth cutting down on sugar. Be aware of how much your food contains. Fat-free products often have high sugar levels to make them palatable, so try to avoid them. More sleep will also make you less likely to crave sugar. Recommended limits are 50g a day in a 2,000-calorie diet. A teaspoon is 4g. So now you know.

Photo: Sugar is the drug of choice for laboratory rats. Photograph: Alamy