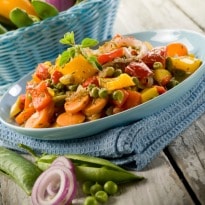 Meenu Nageshwaran, 53, felt she had been handed a life sentence when she was diagnosed with type 2 diabetes in 2012. What followed was never-ending appointments with doctors and a long list of prohibited foods. The grave malady left her anguished - and that is when she discovered the power of veganism.

"My reason to turn vegan was purely by choice. I was very scared when I heard the news. This is when I decided to make lifestyle changes to improve my health. So I took to meditation, ayurveda and exercise and slowly shifted to a vegan diet," Nageshwaran, who works as a pranic healer, told IANS.

"It wasn't easy. But with dedication and determination, I was able to control diabetes. You won't believe: today I am off insulin," she added.

Like Nageshwaran, there are many who are turning to veganism - a practice that is very common in the western world - and is now catching up in India albeit with those who need a healthy diet after suffering from a lifestyle disease or as a precautionary measure.

Veganism simply means abstaining from animal and diary products like milk, cheese and curd in addition to meats and fish.

For vegans, it is inculcating a healthy way of living, concern for environment and to stop cruelty towards animals.

Explaining the concept, Nageshwaran, who has now become a known vegan chef, the difference between a vegetarian and a vegan lies in the use of the dairy products.

For vegans, separating a cow from her calves to produce milk for human consumption is an act of cruelty and they thus abstain from all dairy products.

Spearheading this programme in India is SHARAN (Sanctuary For Health and Reconnection to Animals and Nature) whose goal is to spread holistic health awareness and promote an ecologically sustainable lifestyle.

It runs various programmes on health, including 21-day disease-reversal retreat that has helped people reduce their medication by 70 percent.

"Today, medicine has become an industry but if the diet is wrong, medicine cannot cure and if the diet is right, medicine is not needed at all. So we help people become their own doctors and look after their bodies as every other species does," Nandita Shah, a doctor and founder of SHARAN, told IANS.

Shah said veganism is slowly catching the fancy of Indians who are keen to keep lifestyle diseases at bay.

"Last year, around 2,000 people enrolled for various programmes with us and so far, around 17,000 people have attended them," Shah added.

Even in the west, Shah said, there is a growing number of celebrities who have turned vegan. The list boasts of names like former US president Bill Clinton, who opted for a vegan diet after he underwent quadruple bypass surgery in 2004. The world celebrates Vegan Day November 1.

For Nandini Gulati, 45, it was hypertension and obesity that drove her to become a vegan.

"Food stops look appetising after some time. You want to adapt a lifestyle that is good and healthy. I have lost 25 kilos ever since I have become a vegan," said Gulati, who is a health and wellness coach.

She said for Indians, giving up animal products is easy rather than leaving milk products.

"One can have an ice-cream made of coconut milk and dates. No one can make out the difference. It is a healthy way of living with a difference too," Gulati added.

"We refrain from milk products, yet we enjoy ice-creams, curd and shakes. The trick is replacing milk with peanut milk, almond milk and soya milk. They can be made easily at home," Nageshwaran added.

"Preparing oil-free and tasty vegan recipes is my forte now. I love creating new dishes that are not only tasty but healthy too," said Nageshwaran, who has started cooking classes for those interested in vegan food.

For non-vegetarians, soya is a good replacement, she said. Also, many stores keep vegan products like mock meat, veggie meat slices and tofu.

Gulati felt that in India, it is easy to be vegan.

"I tell all my friends to go vegan. For Indians, it is very easy to do. We have vegetarian restaurants. One just has to tell the waiter what he needs to do.

Comments "If I am eating at a friend's place, I usually call ahead and find out what's on the menu and offer help so that I can include a vegan meal. Or I carry my own dish and share it with others. This is one sure way of influencing others too," she said with a beaming smile.