Want To Be A Vegan Like Virat Kohli? 5 Things To Know Before Making The Switch 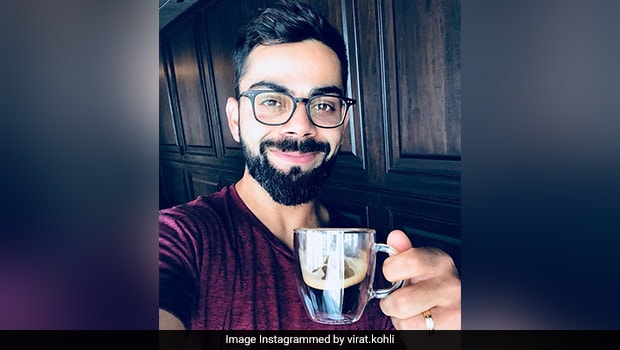 That veganism is gaining traction around the world is a fact well known. The 'vegan movement' has been gaining steam on the heels of celebrities gushing about the health benefits of the diet that completely rejects all animal food products. A number of celebrities have switched to a vegan diet in the recent times, and two who created a wave in India this month were Bollywood actor Tamannaah Bhatia and Indian national cricketer Virat Kohli. Kohli's change of diet made a big splash recently, when popular English daily reported that the sportsman had switched to veganism. The media reports quoted a source close to Kohli as saying that the reason behind the latter giving up dairy and dairy products is to improve his game and the level of his fitness. The source reportedly said that Virat Kohli had started the diet four months ago and that he was reportedly feeling stronger and healthier.

Kohli had always been a vegetarian and had forgone meats long ago, but recently reports revealed that he had swapped even dairy and dairy products with protein shakes, soya and vegetables. However, one cannot just turn vegan overnight. There is fair amount of research and trial and error that goes into it. It's difficult to switch to veganism, especially if you have certain deficiencies or illnesses that necessitate the consumption of certain foods. Although you can do it if you are armed with complete information about your body and have a diet chart to get your through the initial days of the transition.

So, if you're also looking to turn vegan like Virat Kohli, here are five things you absolutely must know before making the big switch:

1. Learning how to cook can be a blessing: Generally in life, cooking is a valuable skill - it is economical and also makes it easier for you to eat healthier. If you're planning to turn vegan, then cooking your own meals can be helpful as then you can control the ingredients that go into the food you cook.

2. Veganism doesn't guarantee weight loss: It's true that vegans tend to generally be leaner than say, a meat eater or a vegetarian, but veganism is not a sure shot way to lose weight. If that was the reason you wanted to switch to veganism, then you need to be mindful of the kind of vegan products you buy from the market. Make sure your vegan food doesn't have trans-fats or harmful preservatives.

Also Read: 6 Vegan Recipes For Weight Loss You Are Sure To Love

3. Fall in love with Indian food again: It's time to get back to basics. A plate of rajma chawal and dal chawal can be as satiating as a bowl of macaroni and cheese. Indian food has extremely delicious dishes, which are vegan in nature and nutritious as well. Moreover, the kind of the variety that Indian cuisine has in vegetarian food is hard to find in any other cuisine. Additionally, it's not that difficult to find restaurants serving delicious Indian food in almost any corner of the world.

Also Read: Gordon Ramsay Shocks Twitter With His 'Going To Give This Vegan Thing A Try'

4. Find vegan friends online and offline: It's easier to transition to a dairy-free and meat-free lifestyle, if you have someone to do it with you. Find vegan friends online, preferably ones who have been vegan for a while and ask them for advice. It'll be easier for you to swap knowledge about popular brands selling good quality and natural vegan products, as well as vegan recipes and blogs.

5. Don't quit dairy cold turkey: You can't quit everything all at once. It's usually easier to transition when you quite one thing at a time. If you are a meat eater, try quitting that first and then slowly, gradually quit dairy and dairy products. Don't worry if you falter, give in to cravings and indulge once in a while. It won't help for you to be harsh on yourself during the transition period.

Be prepared for a number of trials and errors while becoming a vegan. Veganism may require some amount of discipline and effort, but if you really wish to do it, you need to give it some time. Don't expect too much from yourself or your body too soon. The results that you desire will only start to become apparent after some time has passed.