A Good Guide to Seoul: Top 10 dishes and Where to Try Them 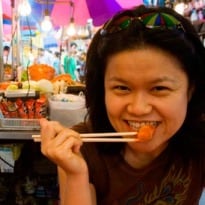 There is much more to Korean food than barbecue and kimchi. As BA launch direct UK flights to Seoul on 2 December, here's a guide to the favourite dishes in South Korea's food-mad capital.

Korean food is not so much underrated outside the country as not rated at all. Barbecue and kimchi are the only foods that have caused even a slight blip on the radar. Inside Korea, however, food is a universal obsession. In Seoul, each popular dish has its own "town" - a street filled with restaurants all serving their versions of that particular food. Here are 10 of the best "towns", perfecting and serving some of Korea's most delicious (and lesser-known) dishes. All the dishes cost less - often much less - than £10 a head. Some, like barbecue, have a two-serving minimum, so bring a friend.

Note that actual street-name-and-number addresses are next to useless in Seoul, where landmarks are the key to giving directions. The best way to find these food towns is to take the super-efficient subway (stations given), or have a Korean contact write down the location to give to a taxi driver.

The dish The perfect fuel for the fast-paced Korean lifestyle, tteok are glutinous tubular rice cakes, usually submerged in gochujang, a red chilli pepper sauce. Tteok (pronounced "tok") are the chips of Korea - they're sold at every food stall and eaten standing up. For the real tteokbokki experience, head to Sindang neighbourhood, where numerous restaurants liven up the dish with cabbage, onions, noodles and fishcakes. The standout place on this street is Mabongnim Tteokbokki, which has been around since 1953. This is one of the oldest eateries in a city where many restaurants open in the morning and have gone out of business by evening.
The location Sindang-dong: subway station Sindang, exit 8

The dish Korean foods are often seasonal, and gamjatang is one of the most filling and warming winter dishes around. A hearty soup of potato and pork that's easy to get wrong, gamjatang done properly means a rich and spicy broth flavoured with garlic, onion and ground perilla seeds, plentiful chunks of potato, and a hunk of pork with the meat falling off the bone. In the many small restaurants on Gamjatang Street, pots big enough to serve two arrive at the table with the broth still boiling.
The location Eungam-dong: subway station Saejeol, exit 2

The dish This is a North Korean export sometimes called Pyongyang naengmyun. Usually eaten in summer, these buckwheat noodles are served chilled, covered in diced vegetables and topped with a generous dollop of gochujang. Mixed together, it makes a refreshing meal for a hot, humid summer day. The soup version, mul naengmyun, comes in a tangy broth studded with ice flakes.
The location Ojang-dong, subway station Euljiro 4-ga, exit 8

The dish Sundae is a dish best eaten with your eyes closed. Pig intestine casings stuffed with a mixture of vegetables, cellophane noodles and pig's blood don't make for a visually pleasing meal, but they're rich, flavourful and surprisingly addictive. Sundae is student food, and a trip to Sundae Town (a bustling building packed with vendors, rather than a street) is where you'll see them being enjoyed - chopsticks moving rapidly between plate and mouth, and a cheap bottle of soju (rice wine) close to hand.
The location Sillim-dong: subway station Sillim, exit 3

The dish Barbecue is Korea's best-known dish for a reason. It's a genius concept - grab a few friends, order up some soju, throw some pork (samgyupsal) or beef (sogogi) on the grill in the centre of the table and get stuck in. Barbecue restaurants cover Seoul like a rash, but the Majang meat market - Korea's largest - means better-quality meat a low prices. Savvy restaurateurs have set up shop right by the market and there's plenty of competition for customers. Walk around and see who'll give you the best deal; then get ready to stuff your belly full of meat.
The location Majang meat market: subway station Majang, exit 2

The dish For some visitors, pigs' feet are more of a dare than an actual meal. In Jokbal Town, however, you'll find plenty of locals chowing down on this treat. Pig feet are boiled for hours with leeks, garlic, soy sauce and ginger, then sliced and stuffed into lettuce leaves for delicious individual bites. Jokbal has a distinct flavour that's not for everyone, but its supposed benefits - including curing hangovers and preventing wrinkles - make it worth a try.
The location Jangchung-dong: subway station Dongguk University, exit 3

The dish Like so many Korean dishes, jeon make great drinking food. These pan-fried savoury pancakes, stuffed with pork, kimchi, seafood and other delightful combinations, are perfect washed down with makgeolli, a milky, fizzy rice wine once considered a farmer's drink but currently undergoing a hipster revival. Greasy, salty and incredibly moreish, jeon are a guaranteed crowd-pleaser. Check out the offerings in Jeon Town and grab a selection of the ones that look best.
The location Gongdeok: subway station Gongdeok, exit 5

The dish Mini octopuses, or jjukkumi, are harvested off Korea's coast and pop up in plenty of dishes (they're also eaten raw and still wriggling). Their most popular incarnation is as jjukkumi bokkeum: tiny octopuses cooked, then doused in gochugang sauce, resulting in a dish so hot it's only for those who don't mind not being able to taste anything else for the rest of the day. Jjukkumi Street welcomes visitors with a bronze statue of an octopus, a noseful of powerful smells, and 10 or so top-notch restaurants. The oldest of the bunch and undisputed leader of the pack is Na Jeong-sun Halmae Jjukkumi.
The location Yongdu-dong: subway station Jegi, exit 6

The dish As well as serving the city's exacting restaurateurs, the huge 24-hour Noryangjin fish market is also a foodie's paradise. More than 700 stalls sell freshly caught fish, shellfish, squid and plenty of less-identifiable undersea treats. Saengseon hoeis one of the most commonly ordered items here - just point to what looks good and the stallholder will slice it up for you. If you prefer your seafood cooked, take your purchases to one of the restaurants around the edge of the market: they'll prepare your food and you can eat it at one of the tables provided. At weekends, you'll have to wait for groups of elderly soju-swilling locals to finish having a good time before you can grab a seat. If you want to try eating live octopus, this is the spot.
The location Noryangjin fish market: subway station Noryangjin, exit 1

The dish Korea's a tricky destination for vegetarians, as meat or seafood are integral parts of most dishes. Tofu is common, but it's often just a side dish. Most restaurants serve the mass-produced stuff - Seoulites working 12-hour days simply don't have time to prepare it fresh. But the tofu is made fresh daily in a street in northern Seoul frequented by hikers (it's right by the popular Dobongsan mountain) - and there's nothing quite like it. Try it topped with soy sauce and spring onions, added to a spicy soup or flavoured with mugwort and carrot.
The location Dobong-dong: subway station Dobong, exit 1