Banana Production In India May Get Affected By Climate Change, Says Study

A new study has created cause for worry for banana cultivators and consumers in the country. 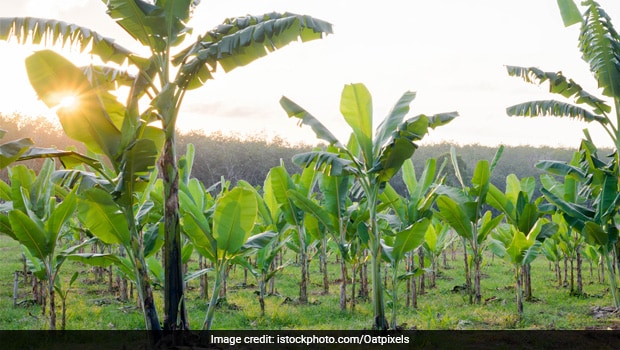 Banana production may decrease in several countries due to climate change

It may not come as a surprise to many that India is one of the largest producers of banana, as per data released in 2017. The fruit is widely consumed in the country and is a cheap source of nutrition for millions of Indians living on the subcontinent. Bananas are rich sources of potassium, which is important for heart health, apart from having other health benefits. However, a new study has created cause for worry for banana cultivators and consumers in the country. The study said that climate change may lead to a decline in the production of the fruit in India. The fruit crop is an important provider of nutrition and income source to scores of people in rural and urban India.

The study titled, “Climate change impacts on banana yields around the world” was published in the journal Nature Climate Change. The study conducted by researchers at the University of Exeter looked at banana yields in 27 countries and said that climate change has till now increased the yield of banana crops, as it has resulted in favourable environmental conditions for the crop to grow. These 27 countries that the researchers looked at, account for 86 per cent of the world's dessert banana production. The results of the study now said that these gains could be reduced significantly or may completely disappear by 2050 if climate change continues at the current rate.

Also Read: Don't Go Bananas! 7 Side Effects Of Eating Too Many Bananas

The study said that 10 countries, including India and Brazil will be significantly affected by the drop in banana yield. However, it also said that some countries, including Ecuador and the Honduras as well as some African countries, may even see an increase in the overall crop yields of banana. Countries where production of banana is likely to be negatively impacted include major exporters like Colombia, Costa Rica, Guatemala, Panama and the Philippines, apart from India and Brazil. The study concluded by saying, “We infer that future climate risks to banana production could be mitigated to secure local nutritional diversity and security. Nevertheless, securing supply to non-producing countries, where banana consumption is an important contributor to dietary diversity, is likely to require a reorganization of the export market.”