Consuming 3 Portions Of Any Fish Linked With Reduced Risk Of Bowel Cancer: Study

A new study has linked consumption of fish to reduced risk of bowel cancer. 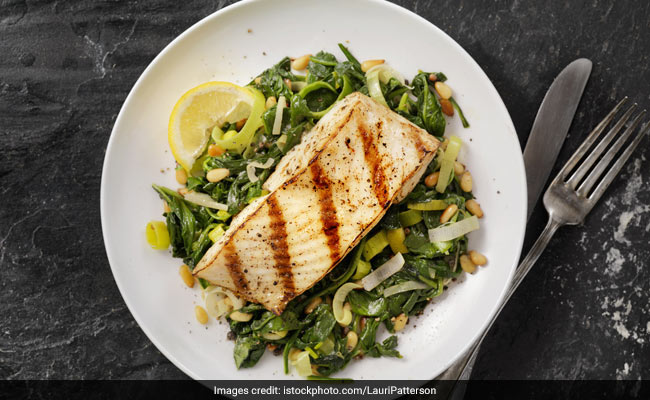 Fish and other forms of seafood have been touted as heart-friendly for decades. Some research also supports the benefits of consumption of fish oil supplements, which are said to be rich in omega-3 fatty acids, which may aide the fight against inflammation and high cholesterol levels. Fish is also one of the best sources of lean protein, as it is low in saturated fat and has high quality protein. Now a new study has linked consumption of fish to reduced risk of bowel cancer. The condition affects the lower digestive tract, namely the colon and the rectum, and it affects both women and men equally, typically after the age of 50 years. The study said that consuming fish three times in a week may help reduce the risks of developing this type of cancer.

The study titled "Consumption of Fish and Long-chain n-3 Polyunsaturated Fatty Acids Is Associated With Reduced Risk of Colorectal Cancer in a Large European Cohort" was published in the journal Clinical Gastroenterology and Hepatology and it was conducted by researchers from the University of Oxford and the International Agency for Research on Cancer (IARC). As part of the study, the researchers examined the dietary habits of 476,160 people who revealed how often they ate certain foods. The questionnaires helped the researchers map how often the participants ate different types of fish including white, fatty, lean and oily fish.

The researchers found that consuming 359.1 gram of any of these types of fish lead to a 12 per cent reduction in the risk of bowel cancer, as compared to participants consuming less than 63 grams of fish. Additionally, people who consumed around 124 grams of fish per week experienced a 10 per cent reduction in bowel cancer risk. The researchers said that the protective benefits of fish were credited to the presence of long-chain n-3 polyunsaturated fatty acids (n-3 LC-PUFA). These fatty acids were found to be fighting inflammation.

The study concluded by saying, "In an analysis of dietary patterns of participants in the EPIC study, we found regular consumption of fish, at recommended levels, to be associated with a lower risk of CRC, possibly through exposure to n-3 LC-PUFA. Levels of n-3 LC-PUFA in plasma were not associated with CRC risk, but there may be differences in risk at different regions of the colon."