According to a recent research, published in the Journal of Human Evolution, early humans began roasting and eating starchy plant tubers, as early as 120,000 years ago. 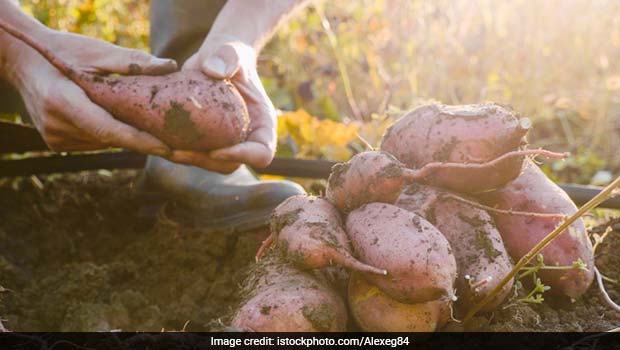 According to a recent research, published in the Journal of Human Evolution, early humans began roasting and eating starchy plant tubers, as early as 120,000 years ago.

"Starch diet isn't something that happens when we started farming, but rather, is as old as humans themselves," said lead author Cynthia Larbey from the University of Cambridge.

The study is based on discoveries made at the Klasies River Cave in South Africa where charred food remains from hearths were found.

The study shows that "early human beings followed a balanced diet and that they were ecological geniuses, able to exploit their environments intelligently for suitable foods and perhaps medicines", said Sarah Wurz, Professor at the University of the Witwatersrand in Johannesburg, South Africa.

The findings suggested that by combining plant tubers and cooked roots with fats and proteins from fish, shellfish, small and large fauna, these communities were able to indicate great ecological intelligence as early as 120,000 years ago.

"Evidence from Klasies River, where several human skull fragments and two maxillary fragments dating 120,000 years ago occur, show that humans living in that time period looked like modern humans of today. However, they were somewhat more robust," Wurz added.

While there are many varieties of tubers grown globally, one of the healthy ones from the entire lot is sweet potato. This starchy yet sweet tasting root is replete with health-benefiting properties and is said to be rich in essential nutrients. Its high manganese content helps in increasing body's metabolism, further facilitating weight loss. Other than this, this tuber contains vitamin C in abundance, which helps in strengthening and boosting the immunity system.