Ekta Kapoor threw a grand birthday bash for her son which was attended by many known actors and directors from the film and television industry. 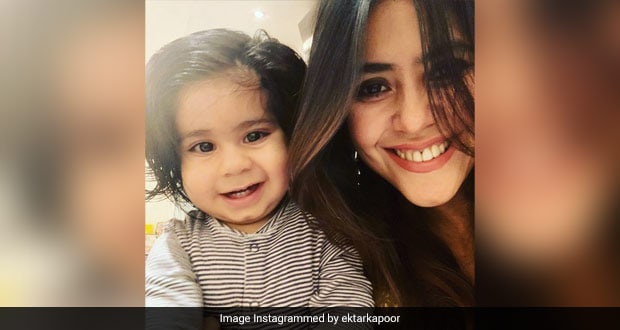 The intimate affair was attended by several popular faces from both films and television.

Film and television producer Ekta Kapoor, celebrated her son's Ravie Kapoor's second birthday on 27th January 2021 at her home. The intimate affair was attended by several popular faces from both films and television along with their kids. The list included Karan Johar and his kids Yash and Roohie, Genelia and Riteish Deshmukh with their sons, Neelam Kothari Soni with her daughter and many more. Pictures and videos from party went viral in no time but what took our heart away was a cute video shared by Riteish in which we can see the birthday boy cutting the cake with his mother. The unique yellow cake surely took all the attention along with the table full of candies and marshmallows! Have a look at the pictures here:

Besides the lovely cake, it was also the menu that was very well-planned by the hostess herself keeping in mind the preferences of her guests. Genelia reshared the cake-cutting video by Riteish and also thanked Ekta for taking care of their vegan food preferences. Here's what she shared: