How Nipah Virus Spreads From Bats To Humans Through Food? Symptoms And How To Prevent It?

Nipah virus outbreak occur almost annually in Bangladesh from November to April and it coincides with raw date-palm-sap in the "Nipah belt". 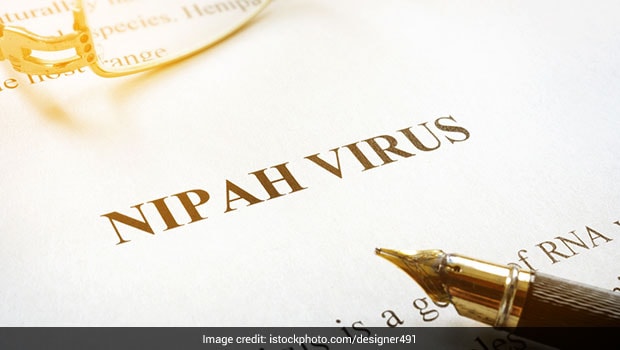 The winter season every year sees the outbreak of Nipah virus that spreads from bats to humans, mainly in "Nipah belt," which stretches along Bangladesh's western border with India. The virus NiV encephalitis is known to have more than 70 percent mortality rate. In 2018, the Nipah virus claimed many lives in Kerala, and this year, the concerns of its occurrence are rife again. However, the cause and mode of transmission of the virus from bats to humans through food has been detected.

EcoHealth Alliance, an organisation studying animal, environmental, and human health on a global scale, published the finding of the six-year study in the journal 'Proceedings of the National Academy of Sciences of the United States of America.'

The researchers' wanted to understand how the outbreak begins and how to prevent it. The consumption of cultivated food resources contaminated with fruit bat excreta - such as mangoes in Malaysia and date palm sap (consumed as food and juice) in Bangladesh and northeastern India - have been identified as the predominant cause of spillover to pigs and people. Human outbreaks occur almost annually in Bangladesh from November to April and it coincides with raw date-palm-sap in the "Nipah belt".

"We show that outbreaks in Pteropus bats are driven by increased population density, loss of immunity over time, and viral recrudescence, resulting in multiyear interepizootic periods. Incidence is low, but bats carry NiV across Bangladesh and can shed virus at any time of year, highlighting the importance of routes of transmission to the timing and location of human NiV outbreaks," said Jonathan H. Epstein, lead author of the study.

Early symptoms may include fever, headaches, myalgia (muscle pain), vomiting and sore throat. This can be followed by dizziness, drowsiness, altered consciousness, and neurological signs that indicate acute encephalitis. Some people can also experience atypical pneumonia and severe respiratory problems, including acute respiratory distress. Encephalitis and seizures occur in severe cases, progressing to coma within 24 to 48 hours.

1. Thoroughly wash and peel fruits before consumption to remove any possible contamination from fruit bats.

3. Use protective coverings to prevent bat access to date palm sap and other fresh fruit products.

4. Avoid consuming organs that the Nipah virus has been found to affect in infected pigs, such as the lungs and respiratory tract, brain, lymph nodes, and kidneys, in affected or at-risk areas.

5. Do not handle, slaughter, prepare or consume any meat or animal products which originate from an animal that is sick or that has died from unknown causes.

6. Don't consume raw meat or uncooked dishes based on the blood of animals. Excluding bats, meat from healthy wildlife and livestock that is safely prepared and cooked remains safe to eat.