Introducing Eggs, Peanuts Early To Babies Could Prevent Them From Developing Allergies: Study

Babies should be fed nothing but breast milk until six months - and only then should solid foods be introduced, as per the UK current guidelines. 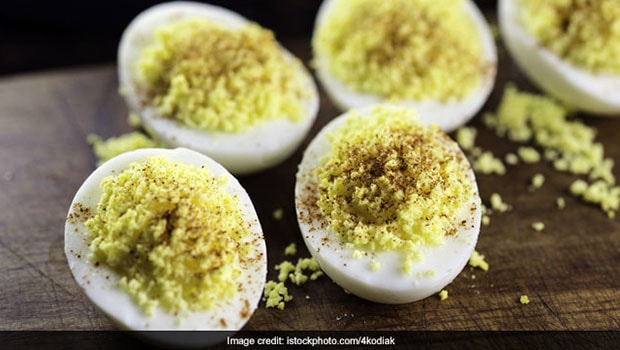 A recent study has shed light on the consumption of eggs and peanuts.

Food allergies are common among people of all age groups. While there are a lot of allergenic foods that may cause allergic reactions in people, a recent study, published in the Journal of Allergy and Clinical Immunology, has shed light on the consumption of eggs and peanuts. According to the study, despite low adherence, early introduction to allergenic foods, including egg and peanut, was found to be effective in preventing the development of food allergies in specific groups of infants. Babies should be fed nothing but breast milk until six months - and only then should solid foods be introduced, as per the UK current guidelines.

"These results have significant implications and are informative when it comes to infant feeding recommendations concerning allergies and the development of new guidelines," said study researcher Gideon Lack, Professor at King's College London.

"If early introduction to certain allergenic foods became a part of these recommendations, we also have data that tells us what populations may need extra support when it comes to implementing the recommendations," Lack added.

The research is a continuation from The Enquiring About Tolerance (EAT) study where over 1300 three-month old infants were recruited in England and Wales and placed into one of two groups. In the study, one group was introduced to six allergenic foods (including peanut and egg) from three months of age alongside breastfeeding and was called the Early Introduction Group (EIG). Whereas, the other group that was termed the Standard Introduction Group (SIG), was exclusively breastfed for six months.

"We have shown that the early introduction of foods that causes allergies can significantly reduce the chances of high-risk infants developing peanut and egg allergy," said study researcher Michael Perkin, from University of London.

"Our research adds to the body of evidence that early introduction of allergenic foods may play a significant role in curbing the allergy epidemic," Perkin added.