Twinkle Khanna Had Her First 'Maa Ke Hath Ka Khana', And The Caption Is Unmissable!

Twinkle Khanna had a meal made by her mother, Dimple Kapadia, for the first time. Her take on it is hilarious! 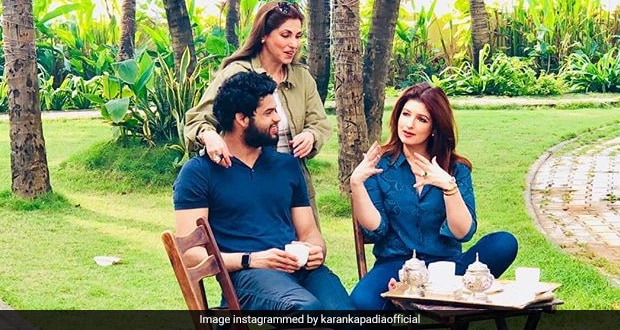 Twinkle Khanna has been winning hearts with her sense of humour that shines through her witty writings. Be it her funny take on life penned down in her books, her humorous interviews or hilarious social media posts, the mother of two never fails to amuse her fans. Her Instagram is full of humorous digs on her everyday life with her kids and her superstar husband Akshay Kumar. Remember, when recently she took to Instagram to share how her 17-year-old son, Aarav, baked a cake? Her caption was too funny to miss!

Similar thing happened when recently, Twinkle's mom, the brilliant actor Dimple Kapadia cooked a hearty meal for her, for the first time. Yes, you read that right! Twinkle shared a picture of the meal on her Instagram feed with a caption that cracked up many of her fans and followers. The picture had a bowl of fried rice that looked absolutely delicious, but it was the caption that stole the show!

Twinkle wrote, 'It has only taken 46 years, a pandemic and an extended lockdown for my mother to make me my first meal-fried rice. Now I also know what people mean when they say 'Maa Ke Haath Ka Khana' #MamaMia.' Have a look at the post here-

While Twinkle, in many of her Instagram posts, accepted that she hardly likes to cook; with this caption, it seems like the mother-daughter duo are quite alike! By the look of it, the dish looks delicious and we are pretty sure Twinkle was satiated with her first 'maa ke hath ka khana'!