Speaking about black tea, this variant has garnered number of devotees over the years, not only because of its strong distinct flavour, but also multiple health benefits. 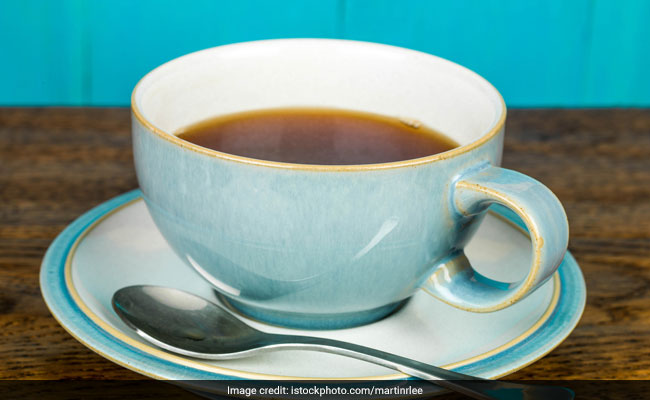 Let's admit it - almost every person in India swears by a piping hot cup of tea, so much so that it has become an important part of our daily routine! A hot cup of tea can help boosting our energy anytime of the day. Most of us like a 'kadak' cup of tea with generous amount of milk and sugar in it. However, it is believed that the milk and sugar reduce the nutritional value of tea. Hence, several health-conscious people shift their choice towards green tea or black tea.

Speaking about black tea, this variant has garnered number of devotees over the years, not only because of its strong distinct flavour, but also multiple health benefits. Thanks to its caffeine content, black tea works as a great energiser to people on a lazy, gloomy day. It is rich in antioxidants known as polyphenols which is touted to promote digestion and metabolism. It is said polyphenols also help in promoting weight loss. Does that mean, drinking black tea promote weight loss? Let's find out.

A study conducted in 2014 found that consumption of black tea three times a day for three months may help in losing some extra kilos than the ones who drank other forms of caffeinated beverages. However, after six months the benefits didn't hold up and it was seen that there was no difference between both the sections of people.

Later in 2017, a study conducted on mice found that black tea may promote some form of weight loss. This study was conducted by a group of researchers at UCLA. They further stated that for benefits on human, people need to drink 6 cups of black tea a day, which doesn't sound like a feasible option due to its caffeine content.

From all these researchers, health experts concluded that unsweetened black tea can be a smart addition to an overall healthy diet than just focusing on weight loss.

Viral Now: Dad Creates Easy Way To Dispense Candy From 6ft Distance On Halloween
Chocolate Samosa Inside Pav Is The Latest Viral Food Combo. Would You Try It?