Is it OK to Photograph Your Food? 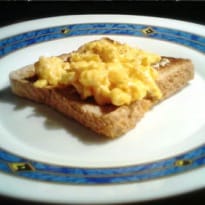 Some restaurants have banned diners taking photographs of their dishes, while others are offering food photography workshops. Do you snap your supper, or is it the height of bad manners?

At the start of 2013 the debate on whether it's OK to take photographs of your food in restaurants seemed to swing towards a definite "no". In New York some smaller establishments, such as Momofuku Ko, have banned photography. An article on Esquire's blog provided a stern list of reasons why pausing for a photo shoot before eating is not OK, the most surreal being that it's an affront to the laws of thermodynamics (because it makes your food get cold), the most sensible being that your photos will probably be rubbish anyway.

However, in Alicante in Spain, the restaurant group Grupo Gourmet, which owns the much-praised Taberna del Gourmet and Monastrell restaurants, has started running a "Fotografia para foodies" course on the basis that, if people are going to take pictures, they might as well do it properly. Chef-patron María José San Román says that the worst thing about bloggers taking pictures in her restaurants is that, if they don't do a good job, or if they do it after eating half the food, the result looks terrible.

Joining the course in Grupo Gourmet's strikingly cool workshop (it looks more like the studio of some well-heeled New York indie band than a kitchen), I'm happy to find that it is pitched at my, very basic, level. Local photographer Rafa Galán begins by pointing out something very obvious: first clean the camera lens. That blurriness may not just be camera shake. For those whose hands wobble he recommends propping the camera up on a wine glass - preferably an empty one.

If this misuse of the glassware annoys some restaurateurs, they'll be pleased with his next tip: never, ever use flash. Not just because it's rude to the other diners, but because it's "the most horrible form of light". You don't want your dinner to look like it's been snapped stumbling out of a nightclub by an unfeeling paparazzo. Equally, there's never any need to use zoom. Just move the camera towards the food. Robert Capa used to say: "If your pictures aren't good enough, you're not close enough," a maxim that seems more sensible here than at Omaha Beach.

From these basics, things get more advanced. Ideally, our teacher says, you want to take your pictures with natural, indirect light from a window. Failing that you can use a shiny menu to reflect the restaurant's own lighting, or illuminate the scene yourself with an iPad.

The real revolution in camera phones, though, is the ability to edit. Instagram's range of filters may have conquered the world with its instant nostalgia tints, making us look like we spent 2011 in a Lana Del Rey video, but many bloggers have already moved on. Rafa recommends Google's Snapseed, which lets you personalise and adjust its filters as well as sharpen the picture and play with the light.

Equally interesting is Big Lens (or AfterFocus for Android), which allows you to mimic an SLR camera's shallow depth of field by blurring everything in the picture apart from the bit that you want to focus on. Then, when you've got shots of every course, you can turn them into a delightful collage with PicFrame and "share them" (aren't you kind?) with all your friends.

Predictably, when I try out Rafa's tips the next day the results aren't quite so impressive. At breakfast I'm pleased with the effect of shooting my cereal bowl on top of a round glass table, giving the backdrop a mystical, Camelot effect. The addition of Snapseed's "drama" filter adds to the impression that this is how Merlin's breakfast might have looked if he ate muesli. However, my lunch of arroz a banda (rice with fish stock) at another Grupo Gourmet workshop is less successful. And, that evening, as I'm searching for my phone to shoot a blurry picture of scrambled eggs on toast, I can almost hear Rudolf Clausius turning in his grave.

Looking at the results, I don't think that I'm going to make a habit of snapping even the best-looking meals. However, before we complain about photography we should remember that, in the days before iPhones, people used to do much worse things with telephones in restaurants. Principally, of course, using them to make telephone calls.

Do you compulsively Instagram your food, or regard it as the height of bad manners? Do you have any top tips for snapping your snapper - or is looking at other people's dinners merely the modern version of being trapped in a family holiday slide show?