Why Culture-Driven Cooking is the Superior Choice 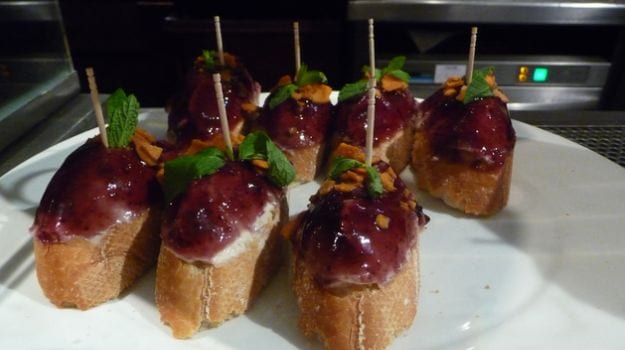 When a cook is inspired to a manner of cooking derived from a particular culture, their creation respects that culture. They are cooking in a culture-driven mode whether the dish cooked is an old standard or a new recipe. The inspiration keeps the newly created or inspired dish true to the heart and soul of that particular cuisine.

As consumers and cooks we confront a barrage of the latest "hot" ingredients, methods and prepared dishes. Food marketers, restaurant chefs, bloggers and food magazine editors contribute to this onslaught of looking for the next hot thing. It might be a food promoted for its trendy ingredients, such as açai berry or a new kind of grain such as quinoa, or a resurrected vegetable such as kale, or a method such as sous-vide or a whole category such as tapas or sushi.

Twenty-years ago, fresh pasta became more desirable and fashionable than dried pasta, its proponents seemingly ignorant over the uses of both in Italian cooking. They were ingredient-driven, not culture-driven.

Tapas is a good place to start to talk about this distinction because in America tapas have no other meaning than "appetizers on little plates that we will call tapas." But tapas are a category of not merely foods, but of a way of eating, and not just in Spain, but historically and specifically, in Andalusia. A tapa in Spain is not an appetizer. It is much more, it is part of a culture.

Now, that doesn't mean we can't invent new things, new categories, but let us respect the culture from which new culinary gifts came. Let's be gracious and learn about this culinary culture. It will help us cook better. After all, hundreds of years of development of the tapas bar in Andalusia will provide more foundation to our culinary thinking than the 10 years the word has been popular in the United States.

Look past the hot ingredients

I've looked at restaurant menus of Mediterranean-inspired restaurants and I see a variety of well-known meze under a category heading called "tapas." Hummus is not tapa, it's a meze. They are not similar because they are little foods on small plates. That's not what is germane about these foods. What's germane is that they come from and are eaten within a particular culinary culture and that they function in a particular way. As an aside, "hummus" does not mean "dip" it means "chickpea" and the meze you eat when you eat hummus is hummus bi'l-tahina, chickpeas with sesame seed paste.

That might seem a minor issue, but it's essential to what I'm saying. In America, it seems the fetishization of food is in full throttle. Americans celebrate ingredients totally devoid of their cultural and emotional context.

In America, we eat sushi, presented as raw fish, and rarely as Japanese food. Restaurants serve tapas, little foods (growing bigger all the time in America) on little plates, and not a cultural heritage of Andalusia. Imagine looking at a Vermeer painting and admiring the frame and not the tilt of the maid's head, the pouring of the milk, or the light from the window. This is what ingredient-driven cooking is like.

Now this does not mean we should not be concerned with ingredients. However, when the ingredient drives our cooking over and above the culinary context, it becomes a fetish. Do we want to cook and eat saumon à l'unilateral because of omega-3 or because of the French technique of cooking on one-side-only, skin-side-down, in a covered pan over high heat that creates an extraordinarily delicious and easy-to-prepare dish that has been popular with French families for generations?

We don't cook in a vacuum. We cook because we live and breathe a culture that provides an ineluctable connection and foundation to who we are.