5 Popular Mexican Restaurants in Delhi That You Must Try

Love feisty, vibrant and mysterious flavours from the land of Mexico? Here are 5 Mexican restaurants in Delhi for you to try. 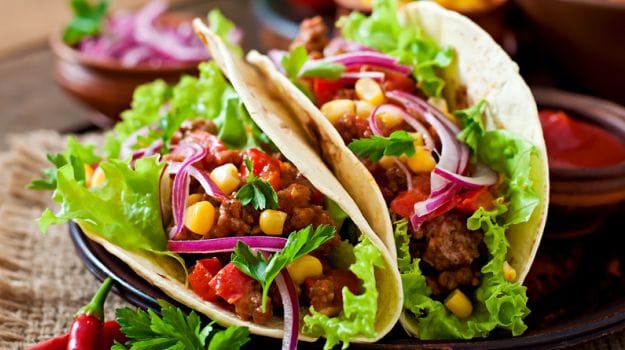 For the longest time, Chinese and American cuisines have largely ruled the taste buds of Delhites as the favourite International cuisine However, off late, Delhi is warming up to the culinary marvels of the rest of the world and is loving it. The upsurge in Spanish, Italian, and Pan Asian restaurants is only a small testimony of Delhi's warm embrace for the delectable dishes from across the world. And one such cuisine that has caught the fancy of the food lovers is Mexican. From Tortillas, Quesadillas, Enchiladas, Burritos, Nachos to Chimchangas, there's lots to explore. If you can't seem to get over the feisty, vibrant and mysterious flavours from the land of Mexico, here are five Mexican restaurants for ou to try. Ready to dig in?

The quirky fine dining restaurant at Asiad Village is a one-stop point for all those Mexican food cravings - from an exciting range of salsas to tacos, nachos, fajitas and quesadillas. With seating available both indoors and out, bite into the fiery Mexican goodness while sipping on their wide range of tequilas. You must try their Guacamole Bowl and Chicken Skewers, and Tequila-infused Prawn Plancha and Stuffed Spiced Jalapenos with Goat Cheese Mousse.

In its short span of establishment, Chili's with its authentic Mexican, American and Italian fare has taken the fancy of the entire city already. If you are a true fan of the Mexican cuisine you have to try their Texas Cheese Poppers, Quesadilla Bites and Creamy Jalapeno wings.

Wooden flooring, country-style interiors and cow-boy styled bartenders. Does it get more Mexican than this? We doubt. An authentic Mexican menu pulling out the choicest of Mexican delights like Pulled Pork Nachos, Shredded Steak Chimchangas, Chilli Corn Cordero Tacos and Grilled Chicken Enchiladas will leave you slurping all the way home.

TGI Friday's lavish Mexican fare will make you thank God for a lot more things other than Fridays. Try their Veg Chimchangas, Shrimp Skewers, Tostada Chicken Nachos and Balsamic Fire Roasted Pepper Soup, and you would know what we mean.

Cheesy Double Decker Tacos, Fiery Fiesta Potato, Layer Chicken Burrito, Crispy Chicken Tacos, Tikka Masala Burrito and much more, Taco Bell is impressing the capital with its extensive range of Mexican delights. The peppy Southern music and ambience is sure to make Taco Bell as one of your favourite haunts