6 Fermented Foods That You Should Add to Your Diet 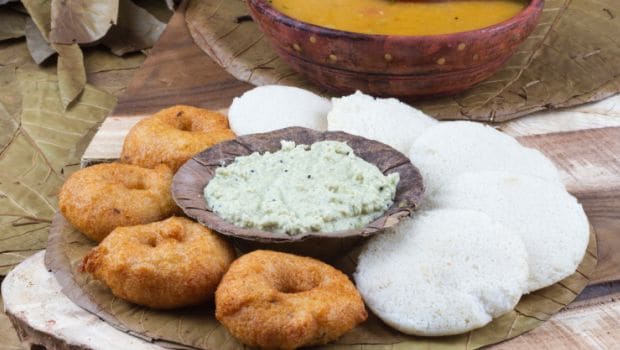 Highlights
One of the most frequently asked questions I encounter when I travel to other parts of the world is "why doesn't India have a cheese tradition"? Or, indeed, "why doesn't India have a wine tradition"? Which really is a variation of the first question. The premise in both the cases is not true of course. Because the country does have both indigenous cheese and wine making in different regions. However, if you compare these with the dominant, "mainstream" traditions in Europe, and even central Asia, you will have to admit that there is some basis to the perception.

Both wine and cheese are products of fermentation, a process that has been under increased scrutiny in the world of food in the last few years. Nutritionists have been recommending fermented food products for a good gut and even as miraculous diets to prevent ageing and such. And in the world of hipster foodies, products like kombucha, kefir and even tempeh (made from soybean, originally in Indonesia, and now increasingly used as a Vegan meat substitute) have become pretty commonplace.

Fermented food products, of course, go far beyond these faddish "rediscoveries". Everything from leavened bread to appams, achars, kanji and wine, cheese, salami, chorizo and more are foods that have come about as a result of fermentation. In India, Ayurveda-based food traditions seem to have had a complex relationship with this process; fermented foods were regarded as "tamsic" in Ayurveda, producing too much heat (and perhaps hot headedness and an acidic temperament) and not recommended as the main meal. However, Ayurveda does not ban any foods, even while categorising items according to their gun and doshas and their resulting actions on the body and mind. So fermented, sour foods like pickles have always existed as condiments.

One theory of why we do not have more cheese in the pan-Indian food traditions (though we do have not just the Punjabi paneer, the Portuguese influenced bandel from Kolkata, Kalari from Kashmir and many examples of pastoral cheeses from the Himalayas) is because there was an injunction against splitting milk in Ayurveda. Paneer of course came up despite that.

However, even curds, hung curds and other forms of coagulated milk solids form sort of basic cheeses. When we make paneer from curd -as has been quite a commonplace tradition in north Indian homes-we are using fermentation to make cheese really. Chennai based Aditya Raghvan, who conducted a session on such paneer making at the Serendipity Arts Festival in Goa, demonstrated that the resulting paneer has a much richer flavour profile than one got from simply splitting milk with an acid (like when we add lime juice to it). That is because of the presence of lactic acid bacteria, which are produced during the lactic acid fermentation and are responsible both for the sourness and improved safety of the fermented food products.

Nutritionists now agree that the bacteria also improve gut activity and that is why a number of fermented drinks and products are there in the market being pushed as super foods that you must begin your day with. A simple bowl of yoghurt with your meal (home-made, fresh, and kept at room temperature ideally) may achieve the same purpose. In fact, yoghurt has been a common home remedy to soothe inflamed digestive systems and upset stomachs in India traditionally.

In the southern states, fermented rice-and-dal batters are part of the daily diets. Dosas and idlis, both breakfast items typically, may have inadvertently functioned in a medicinal way too to improve the digestive environment though of course in the tropical heat, these were obviously a way of preserving basic foods longer.

Its therapeutic use aside, fermentation and fermented foods are interesting simply or the complex flavours that are a result of the action of yeast and bacteria. Simple foods like milk or soy or wheat and rice get converted to fascinating items with powerful flavours.

One of the ways you can best appreciate it - though it can be an acquired taste-is to see the way fermented soybean is used in foods of north-east India. Walk into a Naga home-or a Naga restaurant, as I did in Delhi, a few weeks ago, and you will meet the unmistakable smell of akhuni that hangs in the air. This is nothing but fermented soybean (sold lose on in cakes) and mixed with chillies in chutneys, fried with pork oil to make a base for curries and so on. If you are a fan, like I have become, it can make your mouth water. Very little other flavouring is required to produce a bold dish.

The Korean Gochujang, a savory and pungent fermented condiment made from red chili, glutinous rice, fermented soybeans and salt, is similar in the way it works. Traditionally, it was naturally fermented over years in large earthen pots outdoors, but now this is commercially produced and increasingly finds favour in fancy restaurant kitchens as a flavouring ingredient.

Then, of course, we all know of miso or even the soy sauce, so popular in Indian homes, which add a burst of umami and flavour to anything you are cooking. And that really is the magic of fermentation.

Anoothi Vishal is the author of Mrs LC's Table. She is also a columnist and food writer, specialising in cuisine history, culinary links between communities and regions, and the business of restaurants.