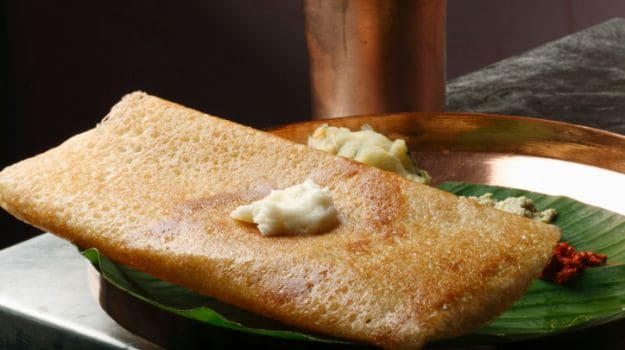 Touted as the oldest of all culinary techniques, the process of fermentation is not particularly a pretty sight. For a layman, it may actually look like rotten content but the beauty of it is how this simple technique is used to create some of the most spectacular dishes of all times by enhancing flavours, aromas and textures. In India, different regions have their unique fermented preparations, which the locals have mastered over the years and these dishes have become an integral part of their culinary lineage.

My first introduction to fermented food was an Assamese dish called poita bhaat, also known as the farmer's meal. It can be described as a porridge which is light on the stomach and perfect for the summers. Here, leftover rice is soaked in water and rested overnight until an alcoholic flavour is developed. It is then mixed with green chillies and chopped onions, and drizzled with mustard oil. For the longest time, I was of the impression that this dish was unique to Assamese cuisine, only to discover later that the Bengalis and Oriyas prepare it too and call it panta bhaat and pakhala respectively.

Besides rice, another ingredient that is commonly fermented in the eastern and north-eastern parts of India is bamboo shoot. The tender stems are moistened with a little water and left to ferment for almost a week. The result is this distinctive pungent flavour which when combined with spices take you on a gastronomic joyride. The fermented shoots are usually cut into juliennes, cooked with chillies and converted into pickles; or used as a founding base for a pork curry. I have grown up relishing the pickle, called khorisa in Assam, along with rice and simple curries.

Fermented Foods of the South

It was only during my decade long stay in south India as I discovered my love for dosas, uttapams, idlis and vadas that I decided to try my hands at fermenting food. I started out with the vada. Though I was told that making those black lentil fritters was a tedious task, I found it quite simple. The trick is getting the batter right and that requires some experience. I have met a few masters who with just one glance at the batter can say if it's perfect or not.

For vada, the lentils are soaked in water for two hours and then blended along with a little water until a smooth paste is obtained. Some say that the batter is perfect when a layer of water would rest delicately on the surface without sinking down. At this stage, some also like to throw in spices and herbs to boost the flavour. The batter is then left to ferment overnight in a warm place until frothy and then spoonful of it is dropped in hot oil and fried until golden. It is the process of fermentation that creates those fluffy and light layers, and makes them melt in the mouth.

Dosa and idli batters are made in the same manner but with rice as the main ingredient. If you search in the markets, you do find a type of short-grained rice conveniently called dosa rice.

On my first visit to God's own country, I was introduced to the state's most popular dish - mutton stew served with appam. What caught my attention more than the silky meat stew was the side. The circular pancake, dense at the centre and light and crisp around the edges had a peculiar tang to it that blended beautifully with the stew. I learnt later that the appam batter is made by fermenting rice with coconut milk and toddy, which is also a fermented drink made of coconut flower. The non-alcoholic version is made by using yeast in the batter.

When it comes to meat dishes, the famous pandi curry from Coorg can't be left behind. The devilishly black pork dish acquires its colour and tang because of kachampuli, a vinegar made by fermenting the juice of the fruits of a tree called Garcinia gummi gutta. The Goans also use a local vinegar made from coconuts to prepare their much-loved dishes like xacuti and sorpotel.

On the West Side

I must admit that for the longest time, Gujarati cuisine meant only one thing for me - dhokla. The fluffy and moist cake made of besan (gram flour) and usually served with chutney has been a personal favourite. Here too, the process of fermentation takes all credit. Besan or chana dal is mixed with curd, water, turmeric and baking soda and left to ferment for a few hours, and then the batter is steamed for about 10-15 minutes. Just before serving, a tempering of mustard seeds, chillies and curry patta are poured over it. Then there's also the idla, commonly known as white dhokla, which is made of rice and urad dal, fermented for seven to eight hours and then steamed.

The best of Gujarat: Dhokla recipe in 6 new avatars

The Sindhi community prepares a very interesting bread called doli ki roti using fermentation technique. Traditionally, the fermentation process is carried out in small earthen pots called doli (hence the name) and usually prepared by the temple and then distributed to the community during special occasions such as fasts, when as a custom people are supposed to eat basra food (food prepared from the previous day). A mix of spices is used - poppy seeds, cloves, cardamom, cinnamon, saunf, jaifal, etc., combined with jaggery and water and left to ferment for 24 hours. It is then kneaded with wheat flour to make a dough, which is again allowed to ferment for an hour. Finally, little pooris are rolled out from the dough, stuffed with a spiced lentil mixture and then deep-fried.

The Mangaloreans too make a similar poori called Mangalore buns, which is prepared by fermenting a mixture of mashed bananas, buttermilk and whole wheat or white flour for eight hours. It is a popular breakfast item and usually served with a spicy coconut chutney. The coastal cuisine's other bread preparations like sannas make use of fermentation too. Similar to appams, these fluffy rice cakes are made using coconut toddy.

During my short stint in Mumbai, I had come across a popular local snack called kurdai, which is noodle-like and similar to papad. It is prepared by fermenting wheat in water for three days and then using it to make the batter. It is a delicious treat!

Of all their robust and bountiful produce, I feel that the north is obsessed with carrots. From the legendary halwa to the daily sabjis, it is loved by all. Besides the red carrots, the winter also brings to the shelves a black variety. It is said that its anti-oxidant activity is four times more than the red sibling, and used to prepare a popular fermented drink known as kanji. Chopped pieces of the carrots are mixed with water, mustard seeds and black salt, stored in glass or ceramic jars, and left to ferment in the sun for two to three days. The content is then strained and served.

Kanji can also be prepared from rice and mustard seeds. Another popular dish in the north and central India is kanji vada, where the kanji is traditionally made with mustard seeds and left to ferment in earthen pots for three to four days. Before serving, fried vadas are added to it.

In Himachal, the Kullu region prepares a dish called siddu. It is a type of bread made by fermenting wheat flour and yeast, stuffed with filling and then steamed.

Coming to the sweet treats, the beloved jalebi and imarti are products of fermentation too. In these recipes, getting the right consistency of the batter is important to achieve the irresistible flavour and ultra-crisp texture. Jalebi is prepared by mixing maida, corn flour, baking soda, turmeric and dahi, and letting the mixture rest overnight in a warm place until it rises and gives out a pungent smell. It is then fried until golden and soaked in sugar syrup. The imarti is prepared in a similar manner but the batter is made of urad dal and rice.

I had always thought of soybean as a simple ingredient with mild flavour until it came to me in the form of akhuni - as called in Nagaland. The fermented soybean product is extremely pungent almost like ammonia, but blends well with spices and commonly used in the eastern Himalayan regions to prepare meat dishes and soups, or deep-fried and consumed along with rice and vegetables.

Fenny, Goa's famous country liquor is also something that took me a while to get used to the distinctive smell. Made by fermenting juices from cashew nuts and coconut palm respectively, it is an acquired taste, much like Kerala's toddy or Assam's lau pani (rice beer).

While the urban world goes gaga over food concepts like probiotics, let's not forget our country's several delicious creations that have been made for centuries using the simple process of fermentation.