8 Common Dieting Mistakes That Are Keeping You from Losing Weight 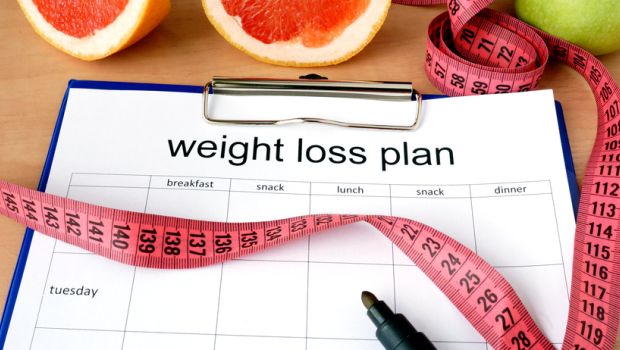 Highlights
Have you been dieting for days and still haven't lost an inch? Perhaps you need to rethink your dieting rules. The first thing that comes to your mind when we talk about losing weight is to cut off calories from your daily meals and get yourself on a restrictive diet. While a part of this is true, a lot of us tend to make mistakes while applying it. There seems to be a lot of confusion between what to eat, what to avoid and how much to eat. This has given way to many dieting myths that most of us conveniently believe and fail to understand that they could be taking you away from your weight loss goals. Let's bust the most common ones that have been sabotaging your good intentions.

1. You start with a light breakfast

Skimping on the first meal of your day can slow down your metabolism and cause certain hormonal changes that can hamper the weight loss process. Not fulfilling your nutrition requirement after a long break of 8 to 9 hours can also make you eat more during your next meal and intensify your cravings. Besides giving us the much-needed energy, most of our breakfast foods like milk, oats, nuts and fresh fruits are good sources of important nutrients such as calcium, iron, proteins as well as fiber. The body needs these essential nutrients to burn calories and perform various digestive and elimination functions. If you miss your dose of these nutrients for breakfast, you are less to be compensated for later in the day. In short, having a wholesome breakfast makes it easier to follow a calorie-controlled diet through the day.

(Also read: The Best and the Worst Foods for Breakfast)

Eating less for breakfast can be your biggest mistake. Photo Credit: Istock

2. You focus only on one food group

According to Banglaore-based Nutritionist Dr. Anju Sood, "Your body needs a balanced diet and the composition of your body depends upon fulfilling the basic needs for its functioning. It is important to get out of the starvation mode and provide the basic amount of proteins, fibre and fats to the body." The worst thing to do to your body is to deprive it of the essential food groups - carbs and fats included - you need all of them even to lose weight. Opting for a gluten-free or a vegan diet for no reason can do more harm than good. Stick to the basics of a balanced diet and staples that you have been eating but with a bit a of mindfulness.

Don't cut out carbs or fats, they are equally important. Photo Credit: Istock

You may have switched to a whole grain loaf from white bread, olive oil from refined oil and nuts from fried snacks, but the idea is not only to make these healthy swaps but also to practice portion control. Just because these are healthier than their counterparts doesn't mean you can eat a mountain of it. In fact, limiting calories does not mean giving up on essential foods but instead limiting your portions.

Even if you eat healthy, you need to eat small portions. Photo Credit: Istock

4. You eat too early but sleep too late

A common advice to lose weight is to eat dinner before 7 P.M. A big problem while following this advice is that, you eat early but sleep late. Therefore, your body is naturally hungry by midnight and those after-hour cravings are simply irresistible and can ruin your day's plan. Even if you curb these cravings somehow, you might end up eating extra the next morning to satisfy your body and thus, land yourself in a vicious cycle. So, either you get to bed early or have your dinner slightly late. If you're having a late-dinner make sure it contains the least calories among all your major meals of the day.

If you sleep late, then don't eat an early dinner. It could lead to cravings later. Photo Credit: Istock

5. You don't believe in snacking

In order to lose weight quickly, it is important to keep your metabolism up through the day. For this, you need to eat frequently (small portions) every three to four hours. Ideally, it is suggested to have a snack between breakfast and lunch which can be a bowl or fruits or salad and then again between lunch and dinner which can be few nuts, raw veggies dipped in hummus or rye bread with peanut or almond butter, as suggested by Macrobiotic Nutritionist Shilpa Arora. She also explains that keeping long gaps between your meals can spike your blood sugar levels which can play havoc with your system making your feel hungrier.

Snacking is very important to keep your metabolism up. Photo Credit: Istock

6. You only eat low-calorie foods

Going on a weight loss diet does not mean that you can only bank on foods that are low in calories. In fact, your meals should consist of foods that keep your full for longer like fiber rich fruits and whole grains and those that that provide fullness and high levels of satiety like oats and eggs. This way you will never feel deprived or the need to binge.

You need a mix of fiber, proteins and carbs to lose weight. Photo Credit: Istock

Instead of drinking enough water, you resort to drinking up your greens and fruits. This is probably the biggest blunder that you're making. Fiber is your best tool to fight accumulation of fat and drive weight loss. Juicing up your greens and fruits can lead to a loss in fiber. Substituting water for other beverages can up your calorie intake. Drinking water helps in managing your appetite as thirst or dehydration can sometime be confused with hunger by your body.

Your body may confuse dehydration with hunger. Photo Credit: Istock

Promoted
Listen to the latest songs, only on JioSaavn.com
8. You eat too less and exercise too much

The key to weight loss is balance and consistency. If you drastically cut down your calories and yet subject yourself to an intense workout, you're only going to slow down your metabolism and also the pace of losing weight. Your appetite may not be able to adjust to your new restricted diet and sudden high levels of physical activity may burden your body which can hamper other daily processes required to lose weight and remain healthy. Find a balance between how many calories you're eating and how many you need to burn. Your workout plan should be based on these numbers.

Balance out your eating plan with your workout regime

CommentsMaking small changes in your daily lifestyle is all that is required to lose weight and sustain it.