How Much Water Should You Be Drinking Daily? 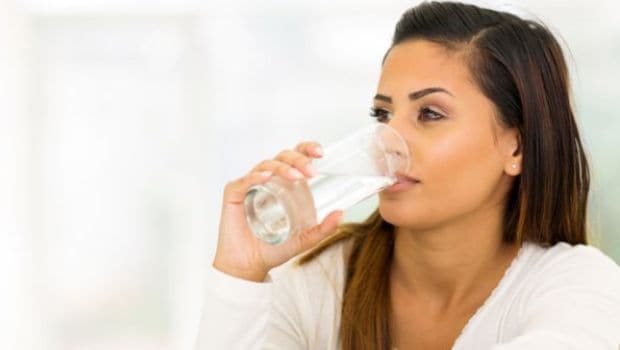 Highlights
Much has been said about the magic elixir water. Covering 70 percent of our planet and 60 percent of our own body, water is one of the key reasons of human survival and civilization in general. Yet despite its abundance, why is there a constant fixation to stay hydrated at all times? Even when you aren't particularly thirsty? That is because we keep losing water from our body, though urine and sweat. And also because water carries out many important jobs, crucial for smooth running of our essential body functions such as flushing bacteria out of your bladder, aiding digestion, carrying nutrients and oxygen to the cells, preventing constipation, maintaining the electrolyte(sodium) balance, etc.

But how much water should we be consuming everyday? For the longest time in the row, the eight glass water rule has garnered much attention in the health and fitness circle. However, some nutritionists say it is purely contingent of the lifestyle. Since almost every system in the body needs water to function. The recommended intake varies from factors to factors including sex, age, activity level, and others, such as pregnancy and breastfeeding.

What is the Eight Glass Water Rule?
(Also read:5 ReasonsWhy You Should Not Drink Chilled Water this Summer)

According to the rule, one should drink eight glasses, each consisting of eight ounce of water, which equals to about two liters, or half a gallon daily. While eight glasses rule can work as a good starting point, the theory is not based on solid, well-researched information.

The need differs from person to person. And one should contact their doctors to know their actual need. If you are leading a sedantary lifestyle, in an air-conditioned environment, with limited scope of water loss through sweat and urine, two to two and a half liters a day should suffice. Further intake can end up in excess concentration of water in the kidneys, causing edema.

Bangalore based nutritionist  Dr. Anju Sood says, "I recommend that a person should consume 2 and a half liters a day. To replenish the loss of water, this is essential. I have seen when people dehydrate and still do not drink water face problems like major headaches and even mood swings.However, it is also recommended that the water intake needs to increase if the activity pattern of the person is very high like athletes or person into heavy gym, as they would be losing water in higher amounts."

According to Consultant nutritionist Dr. Rupali Datta, "Eight glasses per day is just an approximate count, for that matter even 4 glasses in the morning does not have a solid scientific basis to it. However as per expert recommendation it is 35 ml per KG body weight. "

Further highlighting the significance of high overall fluid intake she says, "The idea is to keep yourselves hydrated at all times, which in summers becomes all the more essential. Plain water is the healthiest liquid, but you can also supplement it with more non calorie natural fluids like chaas, and nimbu paani. Fresh juices also work, provided they are not bottled or the packaged ones you find in the market.

According to Dr. Rupali, one must carry a water bottle around at all times. And even before stepping out, to prevent yourself from dehydration, make sure you have chugged down enough water down your throats,"to make up for the sodium and potassium needs" for the tough day.

Ayurveda also recommends on loading up on the wonder liquid this season.

According to Dr. Keerti Gupta from Kirti Ayurvedic Hospital & Research Center, "Summer is called as the "Pitta Season" and afternoon time is Pitta Kaal, which is hottest time of the day, therefore, Ayurveda suggests that you should drink maximum water during this period so as to maintain the body temperature. You could also incorporate some small changes including adding Pitta pacifying ingredients in water that help maintain body heat. Some of the ingredients include lemon, mint, kokum, and fennel seeds, khaskhas and rose petals.

With the temperatures reaching its peak- this is the elixir which will help you beat the scorching heat.

Lockdown Snack: This Gift Wrapped Samosa Is Sure To Excite Your Kids (Watch Recipe Video)
Raw Mango Rasam: Welcome The Season Of Heat With This South Indian Soup (Recipe Video Inside)