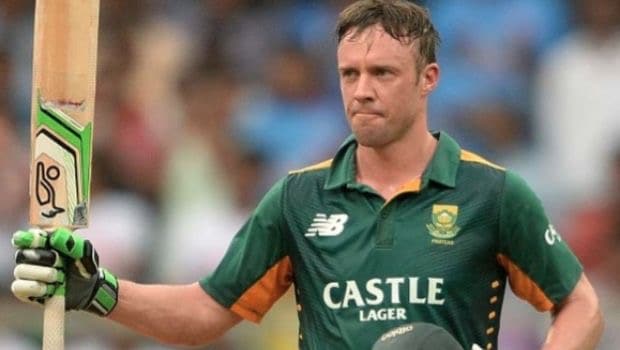 South-African batsman AB De Villiers is the captain of the South African cricket team in One Day International (ODI). He is considered as one of the best batsmen in ODI, having won numerous Man of the Match titles and achieving a plethora of awards and accolades till date. He is an active player in the Indian Premier League (IPL), being a part of Royal Challengers Bangalore (RCB) club. AB was born and brought up in a very athletic family, who made sure to induce the same inclination towards athletics in him. His father was a doctor who enjoyed rugby and encouraged his son to also play a sport. AB started playing cricket in his house and developed a fondness for it.

AB believes in maintaining a fit body and enthusiastically engages in regular workout and gym sessions whilst eating the right kind of meals and maintaining a healthy lifestyle. AB's gym workout snippets on his Instagram gives his fans an insight into his strenuous workout routine, and it is inspiring.

His workout includes regular runs on the treadmill that are of prime importance for every cricketer as it increases an athletes endurance, which prevents fatigue and improves stamina. While maintaining his daily cardio schedule, AB incorporates floor exercises in his workout too, which include ab workouts, leg pulls, crunches, planks and so on. He religiously follows his workout routine and doesn't compromise on exercising. He has his own little workout video available on Youtube wherein he shows his fans what his basic workout comprises.

AB has a very strategically planned meal to provide him with the right amount of nutrients that are necessary to help him maintain his strength and perform better. His nutrient intake focuses on proteins and his usual meals include milk, cereals, fish (mostly tuna or salmon), chicken, eggs and protein shake.

Apart from his strict regime, he also leaves some space for cheat days, where he tends to indulge in his two top guilty pleasure - pasta and different kinds of sea food, along with a tall glass of his favourite red wine. AB also enjoys small get-aways with friends and family to eat some junk food like pizzas, burgers and fries, pictures of which he often posts on social media.

He truly knows how to balance his junk food intake and look fit and healthy. We are sure you will always continue inspiring us AB and we hope you achieve even greater milestones in your life!