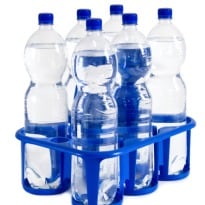 The mineral water follows the sale of subsidised food at Amma Canteen besides rice and vegetables at cooperative stores. On Saturday, the Tamil Nadu government announced the sale of tamarind at Rs.60 a kg.

Jayalalithaa inaugurated the 300,000 litre per day plant at Gummudipoondi near here through video conferencing from the secretariat here.

Similar water plants will be set up in nine other districts. The government said a litre of railways mineral water cost Rs.15 and private players retail mineral water for Rs.20.

Amma Mineral Water will be sold at bus stations and on long distance buses.

Jayalalithaa had announced that Amma Canteen's will soon start selling two chapatis with dal or korma for Rs.3 in the evenings.

Currently, Amma Canteens are located in Chennai, Madurai, Tiruchy, Coimbatore, Tirunelveli, Salem, Tirupur, Thoothukudi, Vellore and Erode.When the prices of rice and vegetable shot up, the AIADMK government began procuring vegetables and selling them through its cooperative stores at affordable rates.

The government has procured 45,000 quintals of rice and sold them at Rs.20 a kg, which has helped curb galloping prices in the market.

On Saturday, the government said it has resorted to bulk procurement of tamarind to be retailed at lower rates through its cooperative stores.

A sum of Rs.3.30 crore will be used out of the Rs.100 crore price stabilisation fund for sourcing the tamarind.