Apps Promise Diners the Can't-Be-Had Reservation, for a Fee 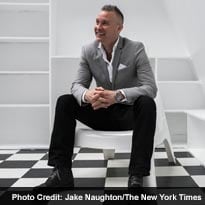 Who owns a restaurant reservation?

Is it the restaurant, having set aside a table as a courtesy for a particular guest? Is it the guest, who made the reservation and can use it - or not - at will?

Or is it the entrepreneur who pays workers to frantically redial reservation lines at the moment when prime tables are made available, snagging them under false names and marking them up for sale?

This is the crux of the restaurant industry's debate over selling reservations for cash, a smoldering issue being reignited by mobile apps that do just that.

Nowhere is the competition for tables more cutthroat than in New York City, where a black market in restaurant reservations exists online. But since February, several new apps have taken the fight to the streets: Zurvu, Shout, Killer Rezzy and, starting Monday, Resy are all striving to become the favored portal for people willing to pay a premium to get into the best restaurants, at the last minute, via a few taps on their mobile devices.

Many restaurants pay to manage reservations through OpenTable, the market leader that began operations in 1998 and was sold Friday to Priceline for $2.6 billion. In the first quarter of 2014, OpenTable took in more than $34 million from reservations, a 27 percent increase over the same quarter in 2013.

But for restaurateurs - even those who demand $6 for a baked potato to accompany a $48 steak - charging patrons for reservations feels like touching the third rail. Customers howled when airlines began imposing fees for checked bags, and when professional sports teams started charging more for tickets to better games; still, those premiums are now entrenched in the marketplace.Whether diners and restaurateurs will play along is unclear. Some of the new apps, like Zurvu and Resy, cooperate with restaurants, sharing revenue (now ranging from $10 a person to $50 a table) in exchange for access to prime tables. Others, like Shout, simply make reservations under assumed names, then sell them for a flat fee or at auction. One online service, Food for All, began openly scalping reservations for $50 in April; it has folded, with a plaintive farewell post, lamenting that restaurants "are very resistant to the idea of selling reservations."

The app developers contend that their services will bring more transparency and democracy to a system that is already rigged, because in reality the best seats at hot restaurants are never available to the public. Choice tables are held back for "friends of the house," such as regulars and late-booking celebrities. Hotel concierges use connections to secure last-minute tables for their guests, picking up tips on the way.

The social media entrepreneur Gary Vaynerchuk, who created Resy with Ben Leventhal, a founder of the restaurant-news website Eater.com, was an early investor in Uber, the successful car service that adjusts the price of a ride according to real-time supply and demand. He sees restaurant reservations as a similar commodity, suffering from what he calls "obnoxious waste." Customers waste time waiting at a restaurant when another two blocks away may have a better table; restaurants waste time preparing for diners who can make multiple reservations and easily cancel them at the 11th hour.

"There's an urban legend that's the nightmare of every restaurant owner in New York," said Robert Bohr, an owner of Charlie Bird, one of a handful of high-end Manhattan restaurants, including Balthazar and Rosemary's, that have signed on. "It looks like this: four people, driving through the Lincoln Tunnel at 7:30 on Saturday night, deciding which of their three 8 o'clock reservations they are going to keep."

The price for a Resy table will be set by the restaurant, at about 10 percent of the average check. Reservations for Tuesday at 6 p.m. will cost less than for Saturday at 8; a corner booth may cost more than a central table.

"We see reservations changing from a cost center to a revenue stream," Vaynerchuk said.
Still, many restaurateurs are deeply resistant to that idea. Alessandro Borgognone, an owner of Sushi Nakazawa in Manhattan, is such a stickler for fair access that even his parents have not been able to get a table since the restaurant received a four-star review from The New York Times in December.

"It's online bribery," he said of the new pay-for-play model. "There's no difference between buying that table and palming a hundred dollars to the maître d'." Borgognone says he monitors all the apps, and when he finds one of his tables for sale, he goes into the restaurant's private system and deletes it.

In March, the entrepreneur Sasha A. Tcherevkoff started Killer Rezzy, an app and website that sells reservations obtained with or without the cooperation of restaurants; buyers do not know whether their transaction is authorized or not. He had no intention of causing an uproar, he said, but a social-media bloodletting began, bringing accusations of scalping, price-gouging and elitism on him and his business model. He now offers to remove any restaurant from his roster upon request.

But restaurants do not necessarily know that they are on the roster. Last week, Killer Rezzy charged $25 for a table for four in a coveted slot - Saturday at 8 p.m. - at Peasant, in Manhattan, providing the name to give at the front desk. On Tuesday, the restaurant's manager, Dulcinea Benson, said she had no idea her tables were being sold online.
"Of course that bothers me," she said. "We've been building up this restaurant and our relationships with customers for years," she said. All of its 100 seats can be reserved free on OpenTable.

Many hard-to-get-into restaurants use OpenTable, but mostly for "shoulder seatings," before 5:30 and after 9:30 p.m. They use their own software (or even pencil and paper) to manage prime time, when they can fill the room for free. The service charges restaurants a monthly fee, plus $1 for each customer it supplies. The Priceline Group said the acquisition would add restaurants to its travel and hotel booking services, Kayak and Booking.com, and OpenTable told its members that the service would remain free. For now, restaurateurs are waiting to see where the wind of public opinion blows.

"We have to think about the long-term effects," said Anthony Rudolf, who ran the dining rooms at Jean-Georges and Per Se and has crusaded against third-party reservation services. He said restaurateurs shouldn't hoard the best real estate for high rollers, but should use it to reward loyal customers who can sustain a restaurant over time.

"It changes the whole experience of hospitality if you are paying before you get through the door," he said.

But the point of these services, say the developers and participating restaurateurs, is not to capitalize on scarcity. (To prove the point, some restaurants say they will donate the fees generated by Resy to charity.) It is to eliminate the organizational and financial chaos created by last-minute cancellations, no-shows and late arrivals. Restaurateurs estimate that 10 to 20 percent of tables are affected every night.

Leventhal of Resy says that charging for certain slots ensures that "committed" (punctual, well-behaved, ready-and-willing-to-spend) diners are in those seats. Restaurants can also build an audience that he says is underserved: a new generation used to making every transaction on mobile devices, on demand.

"Restaurants want to attract good customers, and lots of them are people who don't want to sit on hold, or write an email or stand around outside a restaurant waiting to get in," he said. "They are used to getting what they want with two taps on their phone."

Marc Elliott, a lawyer who eats out often, said restaurants considering such services should think again. "They're going to risk scaring away people like me, who are willing to show up, sit at the bar and wait our turn," he said.

If restaurant reservations ultimately become a commodity, traded at market value, diners will be competing for tables not only against one another, but also against companies with lavish entertainment budgets. Will a Friday-night reservation at Marea or Jean-Georges come with a surcharge of thousands of dollars?

"Why not?" said Vaynerchuk, the Resy co-founder. "In the end, it's better for everyone if the restaurant doesn't have to charge more when the price of truffles goes up."