Bhoot Jolokia (Ghost Chilli Pepper): Do You Have the Guts to Try it?

Touted to be one of the hottest chillies in the world, Bhoot Jolokia or Ghost Pepper is a glossy red, plump, chilli variant originating in Assam, India. 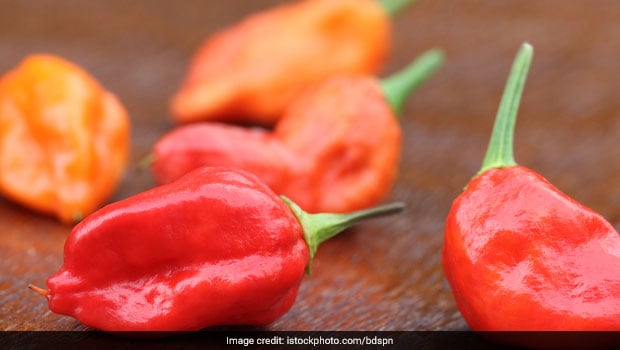 Touted to be one of the hottest chillies in the world, Bhoot Jolokia or Ghost Pepper is a glossy red, plump, chilli variant originating in Assam, India. It is now cultivated in various other northeast Indian states like Arunachal Pradesh, Nagaland and Manipur, where the locals use it to turn up the heat in their regional delicacies, particularly meat dishes. So how hot is it really? On the Scoville scale, it is more than one million Scoville heat units. In similar terms, if one were to compare it to Tabasco sauce, it is 400 times hotter!

Is it because of its extreme hotness that it is referred to as ghost peppers? Well, there's an interesting tale to it, as per the locals of Assam. Back in the days, the chillies used to grow in the jungles. A peculiar incidence would take place where elephants crossing through that part of the jungle would suddenly rush out as though they have seen a ghost. This raised speculation among the villagers leading to those chillies being associated with ghosts, or 'bhoot' as per the Assamese language. Only later was it discovered that because of the intense oil content of the chillies, their smell affected the animals passing by. But the prefix 'bhoot' remained.

It is also referred to as Naga King Chilli or Raja Mirchi, with another tale associating it with a ferocious Naga warrior inhabiting the hills of Nagaland in the ancient times. Some also point out that it is because of its sheer size as compared to other chillies that it is called king chilli.

How to Eat Bhoot Jolokia

If you love hot and spicy food then you must attempt tasting the Bhoot Jolokia. But be warned; only a little amount is enough to bring up the heat, which you feel a little while after you have taken a bite. As per the people of the Northeast, it is best enjoyed fresh, had soon after it's been plucked from the jungles as it tends to lose its intensity with time. It is popularly pickled with nothing but oil, salt and vinegar to preserve it as it is seasonal.

The chilli is had as a side along with regular meals, which are often bland as the dishes are mostly prepared by boiling or steaming, without the addition of any masalas. Chillies help to add some heat to the food. They are also chopped and tossed in with meat-based curries and stir-fries like Chilli Pork, Pork Roast, Smoked Beef Curry and the like.

If you can't seem to get your hands on fresh Bhoot Jolokia, you can resort to Bhoot Jolokia sauces or Ghost Chilli Sauce which are readily available in the markets today. Add them to your burgers, sandwiches, curries, stir-fries and the like and enjoy the intense heat!