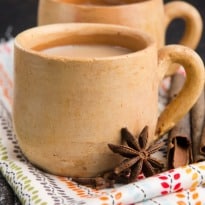 The Food and Agriculture team of Greenpeace, a non-profit organization that deals with environmental issues, released a report which claimed that tea being sold by 8 of the 11 biggest tea brands in India contained pesticides. Greenpeace tested 49 samples, of which 46 tested positive for one or more pesticide. This study caught the attention of people through the country and even got the Tea Board of India to respond in a matter of hours.

The story continues as now the Crop Care Federation of India (CCFI), a non-profit organization representing the Indian agrochemical industry, has released a statement dismissing the claims made my Greenpeace. The statement, written and signed off by Rajju Shroff, Chairman of CCFI states that Greenpeace's report is part of a bigger conspiracy on part of foreign funded environmental activists to discredit Indian tea brands.

CCFI claims that in the past they have exposed the truth behind similar studies that publish false and fabricated analysis to discredit Indian agricultural produce. For example, a report on toxic links by the Centre for Science and Research (CSE) was proved false sometime ago. The statement further states that while the study has issued the names of the tea brands and the name of the laboratory that analysed the data, the raw data has not been disclosed for transparent review.

Promoted
Listen to the latest songs, only on JioSaavn.com
To further substantiate their claims, CCFI said that "India and China account for 60 percent of the world's tea production. In the past, when the Chinese government came down heavily on anti-national activities of the environmental NGO's, Greenpeace published a report in 2012, titled 'Hidden ingredient in Chinese Tea'. The report claimed to have found 25 different pesticides in 18 tea samples it analyzed. The Chinese government responded by rubbishing the report and assuring the public of the overall quality of their tea. Chinese officials said that developed counties were using 250 per cent higher pesticides in their tea but Greenpeace was silent on the use of chemical inputs in developed countries."

CCFI has urged that the Indian Government instruct Greenpeace to make their raw data public so that it can be thoroughly analyzed and we can know once and for all whether the tea we're drinking is safe or not.