Dinner with the Dead? This Ahmedabad Restaurant is Built Atop a Cemetery and Considers The Graves Lucky 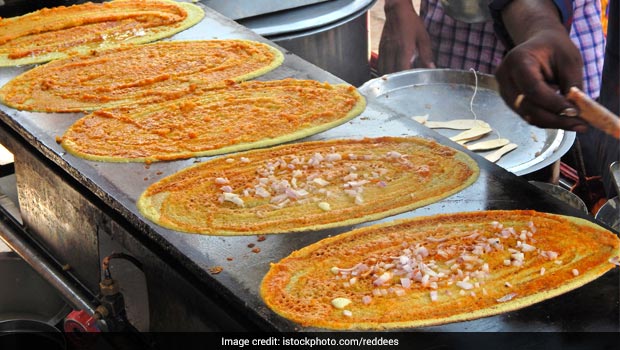 Highlights
There are restaurants where you can share food with your friends and then there are restaurants which even let you share food with strangers and split the bill. But did you know that a certain restaurant in Ahmedabad lets you have a meal with the dead? Yes, you heard us! In a country where even living in close proximity to a cemetery is seen as inauspicious and unlucky, this restaurant in Ahmedabad has not only built itself atop an old Muslim cemetery, but the owners also did not remove the graves on the way and went ahead to set their restaurant with the dead. The New Lucky Restaurant in Ahmedabad has been a popular hangout spot for both the young and the old for more than 60 years. With 26 graves inside the restaurant, the owners believe that these graves have been lucky for them and have contributed to his flourishing business, hence the name 'The New Lucky Restaurant'.

(Also Read: Gujarat's Famous Snack Khandvi is All About Getting the Technique Right)

'Respect the dead, as you respect the living', with this motto in mind the humble Ahmedabad eatery has placed tables alongside the graves. Every morning, the workers wipe the graves, cover them with a cloth and also offer fresh flowers. Steel bars have been erected around the graves to protect the sanctity of the graves and avoid people from going too close to the graves and causing damage of any sorts. While no one is sure who these graves belong to, locals claim that the graves could be of the 16th century followers of a Sufi Saint who lived nearby.

Starting out as a small 'Chai stall', the owner of the restaurant Mr. Krishnan Kutti managed to expand his business into a full blooming restaurant which is popular amongst the young and old alike. The New Lucky Restaurant was also one of the legendary painter M.F Hussain's favourite spots in Ahmedabad. He also gifted the restaurant one of his paintings back in 2004, which till adds to the charm of the restaurant, handing proudly on one of the walls.

Apart from these attractions, the New Lucky Restaurant is also famous amongst the locals for its buttery bun maska, cheese bun maska and pipping hot chai. The ravamasala dosa and paneer bhurji are also worth trying. It is a pure vegetarian restaurant and serves a variety of cuisines and dishes.

Be it during lunch time or the wee hours of night, a crowd of people can be seen relishing their meals on tables placed around the graves without any visible signs of apprehension, contrary to obvious expectations. Don't believe us? You may want to go try it out on your own and tell us about your experience.