Dengue Cases on the Rise in Delhi, Over 50 Reported So Far 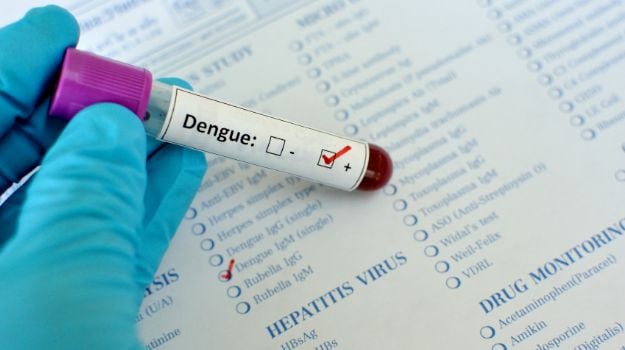 At least 53 cases of dengue have been reported till end of July this year, the highest number for the period in the last five years, according to a municipal report on the vector-borne disease released today.

(Effective Vaccines for Dengue in Near Future)

(Dengue Fever: How to Prevent the Disease and Stay Healthy this Monsoon)

"While dengue cases are being reported, its number this year is expected to be lower this year by the end of the season, as we have taken all precautionary measures to ward off the vector-borne disease.

"Besides, between rains, one dry spell with sunny weather reduces breeding. So, further number of cases will depend on how the weather plays out from here on," a senior NDMC official said. All three corporations - North, South and East - have their own anti-dengue drive to create awareness and penalise people and institutions if water stagnation is found in coolers and other areas. Besides, a dengue month is also marked by the civic bodies to intensify the awareness drive.

EDMC Commissioner Amit Yadav today said that an analysis of dengue cases notified in previous years reveal that about 65 per cent dengue cases were reported in the age group from 15-45 years.