Drinking a Cup of Coffee Daily May Help You Live Longer

Coffee lovers, we've got good news for you! A new study claims that drinking a cup of coffee everyday may help you live longer than those who don't drink coffee. 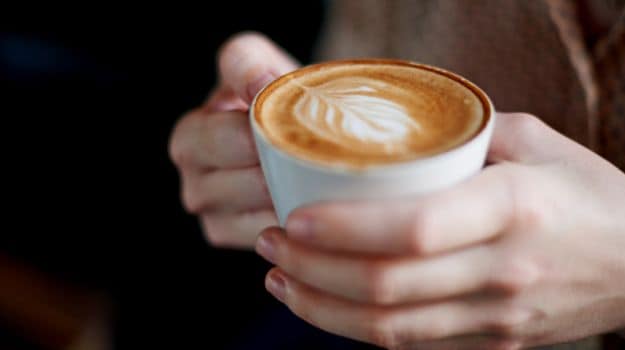 Highlights
Coffee lovers, we've got good news for you! A new study claims that drinking a cup of coffee everyday may help you live longer than those who don't drink coffee.

Researchers at the Stanford University School of Medicine in the US have unearthed a connection between advancing age, systemic inflammation, cardiovascular disease and coffee consumption. They found that a chronic inflammatory process that occurs in some older people may trigger cardiovascular problems and increased rates of mortality overall. This process was dampened among participants who tended to drink more caffeinated beverages, such as coffee.

Extensive analysis of blood samples, survey data and medical and family histories obtained from more than 100 human participants in a multiyear study showed a fundamental inflammatory mechanism associated with human ageing and the chronic diseases that come with it. Metabolites, or breakdown products, of nucleic acids — the molecules that serve as building blocks for our genes — circulating in the blood can trigger this inflammatory process, the study found.

The study also provides evidence that caffeine and its own metabolites may counter the action of these circulating nucleic-acid metabolites, possibly explaining why coffee drinkers tend to live longer than abstainers, researchers said. "More than 90 per cent of all noncommunicable diseases of aging are associated with chronic inflammation," said lead author David Furman from Stanford. More than 1,000 papers have provided evidence that chronic inflammation contributes to many cancers, Alzheimer's disease and other dementias, cardiovascular disease, osteoarthritis and even depression, he said"It is also well-known that caffeine intake is associated with longevity. Many studies have shown this association. We have found a possible reason for why this may be so," he said. "Our findings show that an underlying inflammatory process, which is associated with ageing, is not only driving cardiovascular disease but is, in turn, driven by molecular events that we may be able to target and combat," said Mark Davis, professor at Stanford.

This inflammatory mechanism was found to be activated only in some, but not all, of the older study participants. Those in whom it was relatively quiescent tended to drink more caffeinated beverages. Laboratory experiments showed that the mechanism was directly countered by caffeine and associated compounds. For the new study, the researchers compared blood drawn from older versus younger study participants to see which genes tended to be more highly activated in older people. They zeroed in on two clusters of genes whose activity was associated with the production of a potent circulating inflammatory protein called IL-1-beta. The genes within each cluster appeared to work in coordination with one another.

The study was published in the journal Nature Medicine.