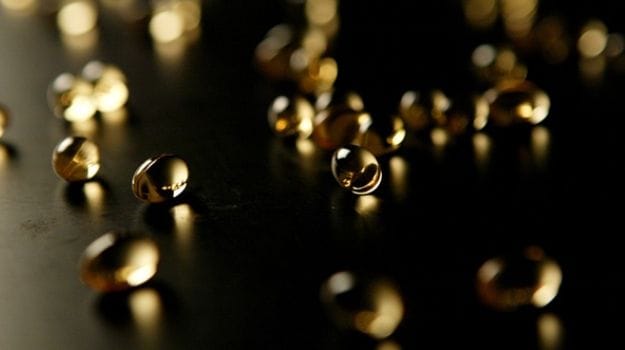 Omega-3 fatty acids are essential for healthy brain development and function, and a lack of them in the diet has been linked to various mental health conditions. Photograph: Graham Turner

The results of a small study appear to show that a three month course of daily fish oil capsules could reduce the rate of psychotic disorders in young people.

Eating more fish or taking regular fish oil supplements may help prevent psychosis in those most at risk, researchers claim.

A three month course of daily fish oil capsules appeared to significantly reduce the rate of psychotic disorders in young people, an improvement that seemed to persist when doctors assessed their mental health seven years later.

But while the findings are intriguing, they come from a very small study of teenagers and young adults. The benefits must now be shown in a much larger group before doctors can make any recommendations about the use of fish oils to prevent mental health problems.

Paul Amminger at the University of Melbourne reported in 2010 that a three month course of daily fish oil capsules appeared to stave off psychotic illnesses in teenagers and young adults aged 13 to 24 deemed at high risk of developing the disorders. Seven years on, his group has now revisited 71 of the original 81 participants and shown that the protective effects seem to persist.

Writing in the journal Nature Communications, the scientists report that 4 out of 41 of those who took fish oil for three months had developed psychosis in the seven years since, compared with 16 out of 40 who received a placebo capsule during the trial.

Those on the placebo wing of the trial appeared to develop psychosis more quickly than those taking fish oils, and had an overall greater likelihood of having other psychiatric disorders, the study found.

Schizophrenia is one of the most common serious mental health conditions. One in 100 people in Britain experience symptoms, such as delusions, visual or auditory hallucinations, in their lifetimes, and many continue to lead normal lives. It is most often diagnosed between the ages of 15 and 35. It is called a psychotic illness, and those affected sometimes cannot distinguish between their thoughts and reality.

"Schizophrenia is a major cause of disability, but early treatment has been linked to better outcomes. Our study gives hope that there may be alternatives to antipsychotic medication," Amminger told the Guardian.

He believes that omega-3 polyunsaturated fatty acids (PUFAs) could be a stigma-free and long-term way to prevent psychosis in young people who are most at risk, with minimal side effects.

Omega-3 fatty acids are essential for healthy brain development and function, and a lack of them in the diet has been linked to various mental health conditions. "Eating more fish is not only likely to be good for your physical health but also for your mental health," Amminger said.

In 2006, scientists working for the Cochrane collaboration reviewed the published research on the potential for fish oils to prevent schizophrenia and declared the results inconclusive. They went on to call for larger studies with more patients. Amminger agreed that his latest findings need to be replicated in larger groups opf people before any firm guidance can be given.

Clive Adams, co-ordinating editor of the Cochrane Schizophrenia Group at Nottingham University said the study needed to be considered alongside other published trials on the effects of omega-3 oils, but added that it was a springboard for new trials on the treatments. "The road of treatment of people with schizophrenia is paved with many good intentions and false dawns. This study is important, undertaken by leaders in the field, but it does not provide strong enough proof to really change practice," he said.