Fourth of July: American Folks Curing their Homesickness for Regional Delights by Mail 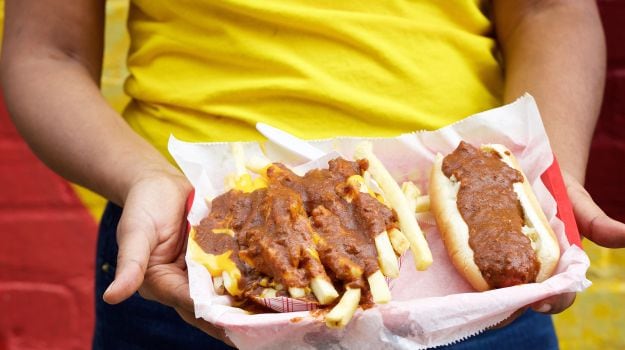 Every Fourth of July, Steve Clark, a lobbyist from Ohio, sends the same gift to his clients: A pack of ribs, barbecue sauce and a carton of ice cream from his home state. This year, he ordered 165 such packages from Montgomery Inn, a barbecue restaurant in a Cincinnati suburb, which packed the items in dry ice and shipped them off in coolers.

"My clients love it," Clark said. "They tell me they look forward to it every year."

As the temperature heats up, so does the demand for nostalgia-inducing foods from around the country: Pastrami from New York, brisket from Texas, crawfish from Louisiana and Philly cheesesteaks from Pennsylvania.

The Fourth of July weekend is among the busiest times of year for restaurants that specialize in cross-country orders - other peak times include the Super Bowl, Father's Day and Christmas - and the Washington area, with its concentration of people from all over, is among the most popular destinations for orders from the homesick.

"It's a great market for us - especially over on Capitol Hill," said Evan Andrews, executive vice president of Montgomery Inn, where online orders now make up about 10 percent of the company's business. "Let me tell you, we settle a lot of bets for Ohio politicians."

If the Cincinnati Bengals were to lose to, say, the Pittsburgh Steelers, Evans says it's just a matter of time before a Ohio congressman calls him up to place an order. The same goes for special occasions and important events, he said.

For President Barack Obama's 50th birthday, in August 2011, John A. Boehner, the former congressman from Ohio and speaker of the House, ordered a shipment of ribs and pulled pork from Montgomery Inn, as well as ice cream from Graeter's, another Cincinnati favorite, Andrews said.

"Our ribs are a great political icebreaker whether you're on the left, the right or the middle," he said, adding that he has mailed smoked meat to every president since Gerald Ford. "When the weather gets warm, it's just a no-brainer."

At Ben's Chili Bowl on U Street NW in Washington, employees have been working extra hours this week to package and mail more than 500 shipments of halfsmokes around the country.

"This is by far the biggest time of year for us," said Vida Ali, the daughter-in-law of Ben's founder Ben Ali. "People love the convenience of opening a package and getting their favorite food."

For Michael J. Balgley, a retired special agent for the FBI who lives on Maryland's Eastern Shore, shipments arrive all summer long. He orders ice cream from Graeter's in Ohio, steaks from Lobel's in New York and bacon from Nueske's in Wisconsin. All arrive on dry ice a day or two after he places an order.

"That's the neat thing about the Web: You can order anything you want," said Balgley, 75. "This is something new in this age that we never had years ago."

The company has since made - and shipped - 50th birthday cakes for Obama and Hillary Clinton, and routinely fills orders for Illinois natives including William M. Daley and Rahm Emanuel, both of whom served as chiefs of staff for Obama.

"Washington has had an important role in our growth," said Marc S. Schulman, the company's president. "There has been an enormous evolution because of the Internet."

At Graeter's, ice cream shipments now bring in about $3 million a year, accounting for roughly 6 percent of the company's annual revenue.

Karen Irvin says she has bought at least 40 cases of Graeter's ice cream in eight years. She learned of the company when a friend sent her a dozen pints of ice cream for her 50th birthday.

"It was just the most fun piece of mail I'd ever received," said Irvin, who lives in Ashburn, Virginia. "It's like a party in a box."

These days, she sends cases of ice cream - a dozen pints sell for $119.95 - for just about every occasion: Birthdays, funerals, baby showers and as care packages for her college-age children.

"Everything is so different these days," Irvin said. "My parents' generation would've said, 'Gasp! You can't mail ice cream!' "

The popularity of travel shows on the Food Network and the Travel Channel have also helped drum up business.

"Every time Bobby Flay mentions our ice cream, there's a spike in business," said Graeter's chief executive Richard Graeter. "It's gotten so big that my shipping fees with UPS are over a million dollars a year."

When Kreuz Market in Lockhart, Texas, began its mail-order service a dozen years ago, most of its order came from Texans who had moved away.

Today, those orders make up about 40 percent of the company's mail-order business; the rest comes from people who heard about the restaurant in passing.

"It used to be that people came to eat here first and then started ordering our brisket or sausages," said John Colunga, the company's shipping manager. "Now,, it's the other way around: So many people show up and say they've already eaten our food somewhere else."

© 2016, The Washington Post Comments(Except for the headline, this story has not been edited by NDTV staff and is published from a syndicated feed.)