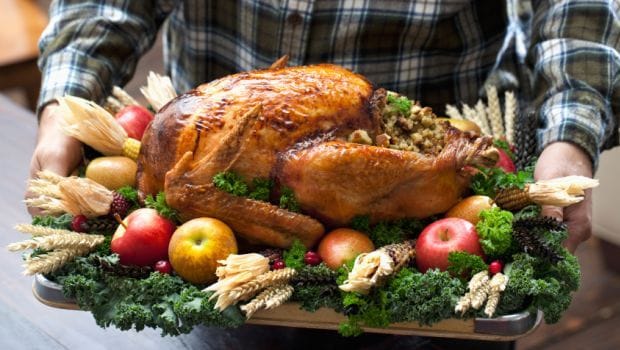 Highlights
President Barack Obama and his family are spending Thanksgiving with friends, family, turkey and touchdowns, as he puts it, and reflecting "on what truly binds us as Americans."

He says the country has just emerged from "a noisy, passionate and sometimes divisive campaign season." But he says in his weekly radio address that the holiday "reminds us that no matter our differences, we are still one people, part of something bigger than ourselves."

The White House says Obama made nine telephone calls to service members who are on deployment.

The Obamas' menu begins with a large list of hors d'oeuvres, shifts to a buffet of turkey, ham, prime rib and chicken wings and ends with a selection of six pies — if there's room left.