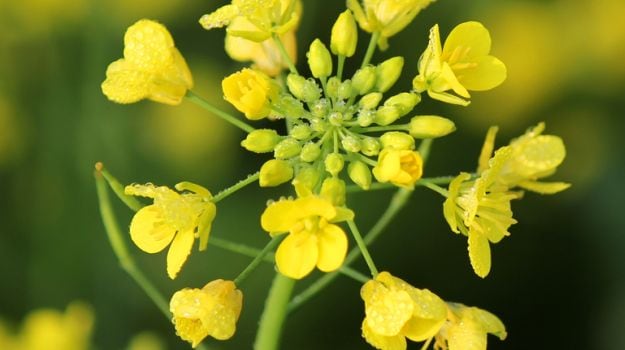 Genetically modifiedmustard is not only safe but also beneficial for farmers as it is more high-yielding, say experts

An Environment Ministry sub-committee report declared the GM mustard technology safe for consumption and environment, saying that it does not raise any public health concerns for human beings and animals, but environmentalists are not satisfied and have been demanding that the ministry should make all the documents on the study available.

Addressing the issue, Professor Akshay Pradhan of Delhi University's Department of Genetics said: "We have to see it from the scientific angle not from the hue and cry coming from these NGOs and activists."

"If an agricultural advancement takes place and new technology is introduced, there are going to be people supporting and also people who protesting against it. As the protestors' voices reach the masses, they get the impression that it is harmful. So is the case of GM technology," Pradhan told IANS.

The professor who is also associated with Centre for Genetic Manipulation of Crop Plants (CGMCP) in the varsity's South Campus that conducted the research on GM technology, also explained how the seed is genetically modified.

"It is a pollenous system that is why the interference of the foreign gene has been put into it. There are both male and female parts in the same flower and for the hybrid breed, you make the first plant male sterilised, so that the pollen from the next plant that is fertile can come and give you the hybrid," he said.

"Now because a foreign gene has been put to it, doesn't mean it's harmful. If it is released to the environment, a minimum cost of production can give farmers high yields until and unless the multi-nationals, who may want to make profit out of it interfere. A hybrid is a more productive variety. It should be given to the farmers... they'll be able to earn more.

"Same technology has been used in other countries. They (in Canada) are producing canola oil that is nothing but based on this GM technology. We are producing the same thing indigenously," he added.

The department's Professor P.K. Burma, who is waiting for the release of the technology, said: "We are consuming canola oil that gets imported from Canada where the new technology develops hybrid seeds like the way we are doing here.

"If you use it, it will give you more yield or oil as oil is the product in the case of mustard. Testing has been done very systematically. Labs in our country and abroad have reported that there is no major impact on the environment. There are no adverse effects in Canada where canola has been grown on so many acres," he said.

The environment ministry has asked for comments from the public, before Genetic Engineering Appraisal Committee (GEAC) takes the final decision on GM mustard. Comments can be submitted till October 5.