Good Friday 2017: History and Significance of this Holy Festival 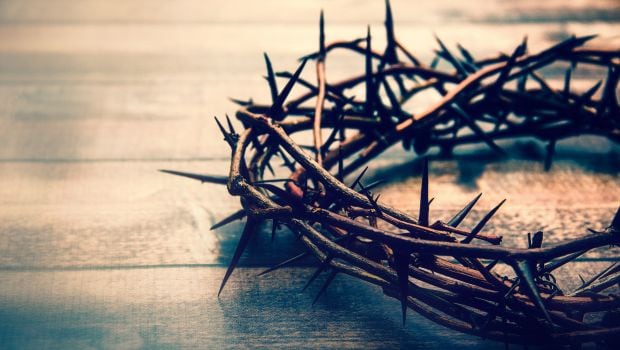 Highlights
Good Friday is one of the most solemn days in the world of Christianity. It commemorates the last moments and crucifixion of Jesus Christ. Observed on the last Friday before Easter, Good Friday generally falls between 20th March and 23rd April. The day is observed during the Holy Week of the Paschal Triduum. The name may seem opposite to the occasion, however, 'good' was considered 'holy' and hence the name Good Friday. It is also known as Great Friday, Black Friday, Easter Friday or Holy Friday. Many church services are held in the afternoon, at around noon or midday to remember the time when Jesus was crucified. It is often observed with fasting and somber processions.

As per the Gospels, one of the disciples of Jesus along with some Temple guards came to arrest Jesus in the Garden of Gethsemane. This disciple called Judas Iscariot got around 30 pieces of silver (money) for betraying Jesus, when he directed the guards to arrest the One. Following his arrest, Jesus was taken to the house of Annas, who was the father-in-law of the Jewish high priest, Caiaphas. There he was interrogated and then sent to the high priest Caiaphas where an assembly was held.

Conflicting testimony was charged against Jesus by many, to which Jesus didn't respond. The high priest urged Jesus to respond under solemn oath, saying, "I adjure you, by Living God, to tell us, are you the Anointed one, the Son of God?" To which Jesus replied, "You have said it, and in time you will see the Son of Man seated at the right hand of the Almighty, coming on the clouds of Heaven." The High priest Caiaphas condemned Jesus for blasphemy (using offensive words against God or sacred things) and along with the assembly members sentenced him to death.

In the following morning, the whole assembly brought Jesus to the Roman governor Pontius Pilate under the charges of destabilizing the nation, opposing taxes to Caesar, and making himself the king. Pilate got to know that Jesus was from Galilee and referred the case to the ruler of Galilee, King Herod. Pilate, after Herod sent Jesus back, announced that neither he nor Herod found Jesus guilty. He, however, resolved to have Jesus whipped and released. Pilate further asked the crowd what they would have him to do with Jesus and they demanded, "Crucify him". Pilate's wife, after seeing Jesus in her dream the night before, asked Pilate to not punish Jesus as he was righteous and had done nothing wrong. As soon as Pilate tried to free Jesus, the chief priests blamed him for calling himself the 'Son of God'. Pilate was filled with fear as he heard the statement and demanded to know where Jesus came from.

Declaring him innocent, Pilate washed his hands off from the controversy and showed that he had nothing to do with Jesus. Nonetheless, he demanded Jesus over to be crucified in order to thwart a riot and keep his job safe. The sentence written was, 'Jesus of Nazareth, King of the Jews'.

Jesus was carried to the site of execution, called the 'place of the skull' and was crucified along with two other criminals. Jesus was agonised on the cross for six hours. During his last three hours on the cross, from noon to 3 pm, darkness fell all over the land. Jesus then gave up his spirit after saying his last words, "My God, my God, why have you forsaken me?" His follower wrapped the body of Christ and placed him in his tomb that had been carved in the rock in a garden near the site of crucifixion. On the third day (Easter) of his crucifixion, he rose from the dead.

How is Good Friday Observed?

Many Christians observe this day with fasting, prayer and repentance on the suffering of Jesus. The ceremonies are somber, with priests dressed in black vestments. The altar and pulpit are bare and no candles are lit. Many churches hold services on Good Friday evening to commemorate this day.

Usually many people avoid eating non-vegetarian and frivolous dishes and choose to eat rather simple and plain food. However, some observe fast and have one vegetarian meal. Traditionally hot cross buns are baked on this day, signifying the crucifixion of Jesus Christ.