High calorie intake may up risk of kidney stones 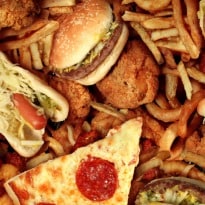 Eating more than 2,200 calories per day may increase one's risk of developing kidney stones by up to 42 per cent, a new study has warned.

Scientists also found that even small amounts of exercise can lead to up to a 31 per cent decreased risk of developing kidney stones.

Mathew Sorensen, from University of Washington School of Medicine, and colleagues, conducted a study to evaluate whether energy intake and energy expenditure relate to kidney stone formation.

They studied 84,225 postmenopausal women participating in the Women's Health Initiative, which has been gathering information such as dietary intake and physical activity in women since the 1990s.

After adjusting for multiple factors including body mass index, the researchers found that physical activity was associated with up to a 31 per cent decreased risk of kidney stones.

"Even small amounts of exercise may decrease the risk of kidney stones - it does not need to be marathons, as the intensity of the exercise does not seem to matter," said Sorensen.

Promoted
Listen to the latest songs, only on JioSaavn.com
Women could get the maximum benefit by performing 10 metabolic equivalents per week, which is the equivalent of about three hours of average walking (2-3 mph), four hours of light gardening, or one hour of moderate jogging (6 mph). The team also discovered that consuming more than 2,200
calories per day increased the risk of developing kidney stones by up to 42 per cent. Obesity was also a risk factor for stone formation.

"Being aware of calorie intake, watching their weight, and making efforts to exercise are important factors for improving the health of our patients overall, and as it relates to kidney stones," said Sorensen.

CommentsThe study will appear in the Journal of the American Society of Nephrology.