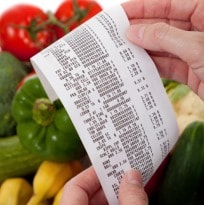 Inflation in India is expected to have edged up on higher food costs in March, snapping a three-month easing trend that will give the Reserve Bank of India (RBI) less scope to support the economy amid fresh signs of slowdown. Analysts say the risk of less-than-normal monsoon rains this summer will call into question assumptions that the worst is over for Asia's third-largest economy.

Wolesale prices probably rose 5.30 percent last month, faster than a 4.68 percent rise in February, according to the median forecast of a Reuters poll. Consumer inflation is expected to have quickened to 8.19 percent in March from 8.10 percent a month ago, the poll showed.
The government will release the data on wholesale prices on Tuesday around 0630 GMT. Consumer price data is due at 1200 GMT.

India has been battling a prolonged spell of high inflation and low growth. While economic growth has almost halved to below 5 percent for the past two years, the worst slowdown for the South Asian nation since the 1980s, retail inflation has been averaging around 10 percent.

A sharper-than-expected cooling in vegetable prices in the past three months had raised hopes of breaking out of that spell. But recent unseasonal hail and heavy rains in parts of the country have damaged crops and driven up food prices again. "India's economic backdrop is still fragile," said Bill Adams, senior international economist at PNC Financial Services Group.

A continuing slump in investment and consumer demand resulted in a surprise 1.9 percent annual contraction in industrial output in February, which compared with analysts' median forecast of 0.9 percent growth. Exports fell for a second straight month in March, widening the trade deficit to a five-month high.El nino threat

Compounding growth worries is an uncertain outlook for summer monsoon rains due to a possible El Nino weather event that affects wind patterns and can trigger both floods and drought. Australia's Bureau of Meteorology last week predicted that the chance of an El Nino weather event developing in 2014 now exceeded 70 percent.

A strong El Nino in India would trigger lower production of summer crops such as rice, sugarcane and oilseeds. In 2009, it had turned monsoon rains patchy, leading to the worst drought in nearly four decades which shot up annual food inflation to over 21 percent.

"El-Nino and its consequences on the Indian economy is a tail risk at this juncture," analysts at DBS Group Research wrote in a note last week. "But if these materialise, then the economy would remain in a soft patch in fiscal year 14/15."

Such a scenario would further compound the challenges awaiting a new government that takes over in New Delhi after national elections in May. Persistently high inflation has become a feature of the Indian economy in the last five years and is widely expected to haunt the ruling Congress party in the elections which began last week.

The opposition Bharatiya Janata Party's leader Narendra Modi, a hot favourite to head the next government, has been relentless in his attack on the ruling alliance over its failure to cool prices, demanding an apology for "cheating" the country. Modi says he will create a price stabilization fund to combat inflation and set up special courts to try those who hoard goods.

A pick-up in inflation would also be a worry for the central bank which aims to bring down retail inflation to 6 percent by January 2016. After raising lending rates three times since last September, the Reserve Bank of India (RBI) left its policy repo rate unchanged at 8 percent this month.

Listen to the latest songs, only on JioSaavn.com
But with the central bank determined to quash inflation, some analysts expect rate increases to resume beginning the September quarter this year.