Hot Dogs, Bacon & Other Processed Meats Cause Cancer, Declares WHO 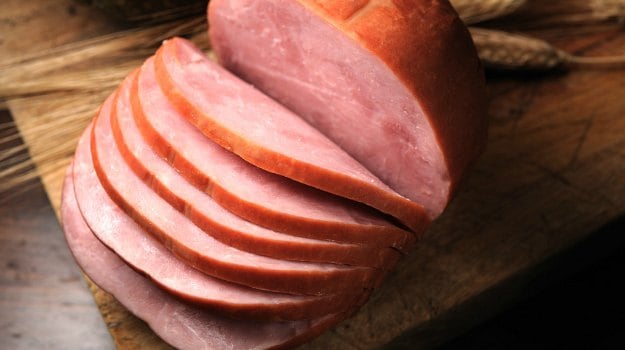 A research division of the World Health Organization announced on Monday that bacon, sausage and other processed meats cause cancer and that red meat probably does, too. The report by the influential group stakes out one of the most aggressive stances against meat taken by a major health organization, and it is expected to face stiff criticism in the United States.

The WHO findings were drafted by a panel of 22 international experts who reviewed decades of research on the link between red meat, processed meats and cancer. The panel reviewed animal experiments, studies of human diet and health, and cell processes that could explain how red meat might cause cancer. But the panel's decision was not unanimous, and by raising concerns about the lethality of a food that anchors countless American meals, it will be controversial.

The $95 billion U.S. beef industry has been preparing for months to mount a response, and some scientists (including some unaffiliated with the meat industry) have questioned whether the evidence is substantial enough to draw the strong conclusion that the WHO panel did. In reaching its conclusion, the panel sought to quantify the risks, and compared with carcinogens such as cigarettes, the magnitude of the danger appears small, experts said.

"For an individual, the risk of developing colorectal cancer because of their consumption of processed meat remains small, but this risk increases with the amount of meat consumed," said Kurt Straif, an official with the World Health Organization's International Agency for Research on Cancer, which produced the report. "In view of the large number of people who consume processed meat, the global impact on cancer incidence is of public health importance."

About 34,000 cancer deaths a year worldwide are attributable to diets high in processed meats, according to figures cited by the panel. The research into a possible link between eating red meat and cancer has been the subject of scientific debate for decades, with colorectal cancer being a long-standing area of concern. But by concluding that processed meat causes cancer, and that red meat "probably" causes cancer, the WHO findings go well beyond the tentative associations that some other groups have reported.

The American Cancer Society, for example, notes that many studies have found "a link" between eating red meat and heightened risks of colorectal cancer. But it stops short of telling people that the meats cause cancer. Some diets that have lots of vegetables and fruits, and lesser amounts of red and processed meats, have been associated with a lower risk of colorectal cancer, the American Cancer Society says, but "it's not exactly clear" which factors of that diet are important.

For consumers, the WHO announcement offers scant practical advice while casting aspersions on an array of foods. Red meat includes beef, veal, pork, lamb, mutton and goat. Processed meat, the report says, includes hot dogs, ham, sausages, corned beef and beef jerky - or any other meat that has been cured, smoked, salted or otherwise changed "to enhance flavor or improve preservation." How much of those is it safe to eat? The group doesn't offer much guidance: "The data available for evaluation did not permit a conclusion about whether a safe level exists." Should we be vegetarians? Again, the group does not hazard an answer. And how, exactly, do red and processed meats cause cancer? The group names a handful of chemicals involved in cooking and processing meat, most of them nearly unpronounceable, and some believed to be carcinogenic.

"But despite this knowledge it is not yet fully understood how cancer risk is increased by red meat or processed meat," the group wrote. Despite the voids in the science, the WHO findings might cast a pall over diners and those who serve them. At The Pig restaurant on 14th Street NW in Washington, where the menu includes an array of pork products - kielbasa, prosciutto, pork cheek, etc. - a worker sweeping the tables outside encouraged a reporter to look elsewhere for comments about cancer and red meat. Around the corner, outside the Whole Foods grocery, shoppers evinced a weary of fatalism regarding authoritative diet advice.

"It makes some sense," Nassrin Farzaneh, a development consultant, carrying a bag out of the store, said of the WHO finding on processed meat. "But they say one thing and then two or three years later, they something that contradicts it. It goes on and on." "Everything causes cancer," said Caroline Rourke, an energy policy analyst, also on her way out of the grocery store. "Life causes cancer. Who cares what food does? Life is terminal, isn't it?"

In recent years, meat consumption has been the target of multifaceted social criticism, with debates erupting not just over its role in human health but also over the impact of feedlots on the environment and animal welfare. The public debate over the WHO findings will probably play out with political lobbying and in marketing messages for consumers.

The North American Meat Institute, an industry group, called the WHO report "dramatic and alarmist overreach," and it mocked the panel's previous work, which treats coffee, sunlight and wine as potential cancer hazards. The WHO panel "says you can enjoy your yoga class, but don't breathe air (Class I carcinogen), sit near a sun-filled window (Class I), apply aloe vera (Class 2B) if you get a sunburn, drink wine or coffee (Class I and Class 2B), or eat grilled food (Class 2A)," said Betsy Booren, vice president of scientific affairs for the group. "We simply don't think the evidence supports any causal link between any red meat and any type of cancer," said Shalene McNeill, executive director of human nutrition at the National Cattlemen's Beef Association.

But at its core, the issue revolves around science, and in particular the difficulty that arises whenever scientists try to link any food to a chronic disease. Experiments to test whether a food causes cancer pose a massive logistical challenge: They require controlling the diets of thousands of test subjects over many years. For example, one group might be assigned to eat lots of meat and another less, or none. But for a variety of reasons involving cost and finding test subjects, such experiments are rarely conducted, and scientists instead often use other, less direct methods, known as epidemiological or observational studies, to draw their conclusions.

"I understand that people may be skeptical about this report on meat because the experimental data is not terribly strong," said Paolo Boffetta, a professor with the Tisch Cancer Institute at the Mount Sinai School of Medicine who has served on similar WHO panels. "But in this case, the epidemiological evidence is very strong." Some scientists, however, have criticized the epidemiological studies for too often reaching "false positives," that is, concluding that something causes cancer when it doesn't. "Is everything we eat associated with cancer?" asked a much-noted 2012 paper in the American Journal of Clinical Nutrition.

That paper reviewed the academic studies conducted on common cookbook ingredients. Of the 50 ingredients considered, 40 had been studied for their relation to cancer. Individually, most of those studies found that consumption of the food was correlated with cancer. But when the research on any given ingredient was considered collectively, those effects typically shrank or disappeared. "Many single studies highlight implausibly large effects, even though evidence is weak," the authors concluded.

Although epidemiological studies were critical in proving the dangers of cigarettes, the magnitude of the reported meat risk is much smaller, and it is hard for scientists to rule out statistical confounding as the cause of the apparent danger.

Promoted
Listen to the latest songs, only on JioSaavn.com
Moreover, some skeptics noted that two experiments that tested diets with reduced meat consumption, the Polyp Prevention Trial and the Women's Health Initiative, found that people who reduced their meat intake did not appear to have a lower cancer risk. It is possible, though, that the reductions in consumption of animal flesh were too small to have an effect.

"It might be a good idea not to be an excessive consumer of meat," said Jonathan Schoenfeld, the co-author of the American Journal of Clinical Nutrition article and an assistant professor in radiation oncology at Harvard Medical School. "But the effects of eating meat may be minimal, if anything."