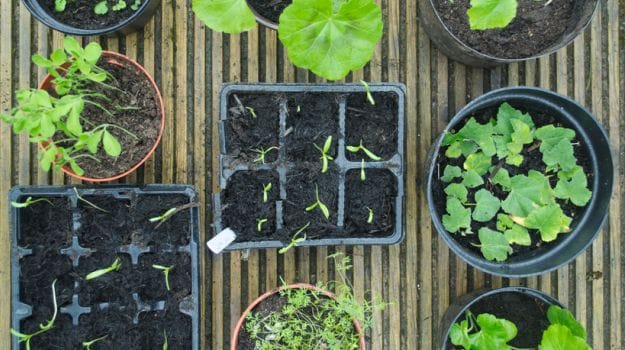 
From the grains in your breakfast cereal to the grapes in your wine, there's a strong chance that the food you eat on a daily basis has its ancient origins thousands of miles away. A major new study, the collaborative effort of more than a dozen researchers around the world, suggests that countries rely on crops that originally came from other parts of the globe - and the interconnections among global food systems are only continuing to grow.

It's well known that many foods popular in certain countries didn't actually originate there but were in fact carried over by travelers or traders at some point. The tomato, for instance - which is commonly associated with Italy - actually originated in the Americas. And the same is true of the potato, which later became a staple in Ireland. But what's been unclear up until this point is exactly how much moving around all of the world's crops have done over the centuries and how heavily different countries now rely on foods that didn't actually originate within their borders.

"These [plants] are actually some of the other organisms in the world that we've had the greatest connection to or relationship to over time," said the new study's lead author, Colin Khoury, a crop-diversity specialist at the International Center for Tropical Agriculture (CIAT), in Colombia, and a researcher at the Agriculture Department's National Laboratory for Genetic Resources Preservation in Colorado. "The study is really about what is the geography, the origin, of plants that we have this deep relationship to."

It's an important question in a world where food security is increasingly threatened by the rapidly growing population and a variety of environmental challenges, particularly the effects of climate change. And by highlighting the interdependence of global food systems, the new study underscores the importance of protecting the diversity of crops grown all over the world.

The research, which was published Tuesday in the journal Proceedings of the Royal Society B, analyzed more than 100 crops in 177 countries, using data from the U.N. Food and Agriculture Organization (FAO) on the foods that are supplied or produced in each location. The study aimed to compare the countries in which crops are currently eaten to the "primary regions of diversity" where they originated - these are essentially hubs where certain types of crops have typically been grown for thousands of years and have branched out into a diverse array of species, both wild and domesticated.

The analysis found that, worldwide, about 69 percent of all food supplied and produced was "foreign" - it originated in other regions. Looking at data from the past 50 years, the researchers also found that these interconnections have increased significantly over the past decades, with a particular increase in the use of foreign crops in Africa, Central America, and parts of Asia and South America.

Altogether, every country included in the study relies on foreign crops to some extent, although the degree to which this is true differs somewhat from one nation to the next. North America, Australia, New Zealand, and certain regions of Africa, Europe and the Caribbean were among those areas found to rely the most heavily on foreign crops - probably because they are located relatively far from many of the diversity regions around the world where staple crops are produced. (In the United States, for instance, nearly 90 percent of the food supplied or produced may be considered foreign.)

On the other hand, countries that are closer to these diversity regions - which often coincide with developing nations - tended to have a higher percentage of native crops in their food supply. Some of the world's primary regions of diversity that are home to the greatest number of popular crops include much of Asia, southeastern Europe and the Mediterranean, and tropical South America.

"The main finding really is that everybody's connected to everywhere else to some degree or another," Khoury said. Even the countries that maintain the lowest percentages of foreign plants in their food supplies still don't eat a totally native diet. And taking note of this fact can provide some important insights into how we can best safeguard our food supply for the future.

The study's major takeaway is the importance of protecting the diversity of crops all over the world, Khoury said, because food that originates in one place may one day become a staple in another. Experts believe that maintaining a wide array of genetically diverse plants, in particular, can help scientists breed more resilient types of crops in the future - ones that can be grown in many different places, withstand extreme climatic changes and resist disease. These are all factors that are becoming increasingly important in a world where habitat destruction, invasive species, climate change and other environmental threats continue to build.

In fact, world leaders have already begun to think about this issue and plan for the future. An international treaty adopted in 2001 essentially states that countries should share the benefits of their genetic research on crops, recognizing such information's enormous importance to global food security.

Additionally, nations around the world have established seed banks, or safe places where seeds are stored both for research purposes and in case of disaster - whether war or a cataclysmic weather event - should seriously damage a region's crops. And on a remote archipelago in Norway, the Svalbard Global Seed Vault serves as an international seed bank where any nation can make a deposit of seeds to be safeguarded for future generations.

These kinds of steps should be an area of increasing focus in the coming decades, the research suggests. Not only is it clear that food supplies all over the world will be challenged by the social and environmental issues facing the plan - it's increasingly apparent that global collaboration is the key to tackling these challenges.

"If we're thinking long-term about our food supplies, and if we understand that we need genetic diversity as one of the main ways that we keep our food supplies resilient and strong - especially in terms of increasing problems like climate change - then we should be invested in working internationally and collaborating internationally to make sure that the resources are protected and also are accessible," Khoury said. "That they are shared with each other."